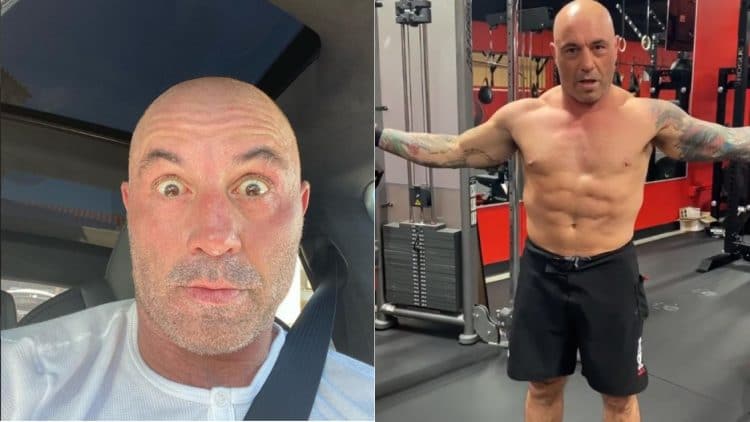 Joe Rogan recently made some massive changes to his diet. Now, after some time of letting it sink in, he has opened up about some of the unexpected changes he has seen since making the switch.

Rogan recently got some blowback after posing shirtless at the end of Sober October. Fans were quick to point out his bloated midsection, and the fact that he had a bit of a bubble gut. It was unclear what the cause of this out of shape look was, especially considering how much Joe advocates for diet and exercise.

Whether or not this was related was unclear, but shortly after Rogan posed like that, he spoke to a fitness legend, and decided to make a change. Although he had recently heard the benefits of a plant-based diet, he chose to go in the complete other direction. The podcaster, comedian, and UFC commentator decided to try an all meat diet, to see what the results would be for him.

It has now been several weeks since Joe Rogan started the carnivore diet, and the results speak for themselves. He has since shown that he is back to a more ripped physique, which his fans have become accustomed to. Moreover, he expressed an uptake in his energy, and overall good feeling, after trying the diet for all of January.

Speaking recently on his podcast, Joe explained all the positive benefits of switching diets

“I did the carnivore diet for all of January,” Rogan said. “I lost 12 pounds, gained a ton of energy. My energy levels were completely flat the whole month. No ups and downs from crashing after eating. I had a belly and a lot of people made fun of me, fat shamed me. I lost all my fat. Lost all the belly, lost my love handles.

“I don’t know if I’m going to keep eating like this but it was tremendously beneficial. … I went into this thing thinking this carnivore diet was wacky. But this is as good as I’ve felt for a long time and this is just one month.”

However, things were not just good for Rogan, after switching diets.

On the same episode of his podcast, Joe Rogan detailed some of the more negative side effects of the carnivore diet. Initially, he was struck with some…unfortunate bowel problems. Although that would eventually subside, there were some changes he noticed in his personality, and in particular with his aggression.

“I definitely think it changes the mind,” Rogan said about proper nutrition. “Because this all-meat diet that I’ve been on, that changes your mind the other way. It makes you more aggressive. Too much, though. I have to work out extra to keep the demons at bay. If your body thinks, ‘okay, I have to eat animals all the time because all this motherf–ker eats is animals,’ your body is going to take on the characteristics of something that is a predator.

“Obviously this is some bulls–t bro psychology because I’m a moron but I would say your body is going to think ‘I’m more aggressive, I got to chase s–t down and kill it.’ You have to be more predatory but your body has to think that way.”

It sure is an interesting theory that Joe Rogan has, regarding the change in his psyche. Whether or not he became more aggressive due to eating only meat is up for debate. Regardless, the changes in his physique are undeniable.