Big Ramy looks nearly unstoppable with a back shot around two months out from the 2021 Mr. Olympia 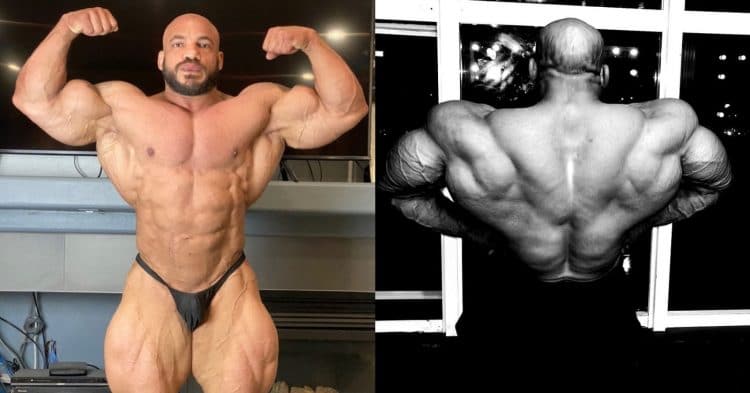 Heading into the 2021 Mr. Olympia, Big Ramy is the reigning champ and the man to beat. However that will not be easy to do if his recent physique updates are any indication of what he is bringing to the stage.

Ramy shocked everyone with the package that he brought to the 2020 Mr. Olympia, winning the contest after a nearly flawless performance. Fans of the sport knew that he had the possibility and potential to do that, but he had never been able to put it all together on the big stage, up to that point.

He is heading into this year hungrier than ever, looking to defend his title, and it looks like he has a very good chance of doing just that. A recent post to Instagram saw the reigning champ looking massive, showing off his enormous back while revealing that he is 322lb eight weeks out from the contest.

“Just a glimpse of what’s to come – taken 8 weeks out 322 pounds – WINTER is here to stay 🥶” wrote Chad Nicholls, coach to Big Ramy.

To be clear, this is only a shot of his back, which is an area that the Egyptian has never had any struggles with. However the fact that he is at a plodding 322lb, with just about two months until showtime, shows that we can be expecting a massive version of this man on stage, come October.

There are still some questions about what type of package Big Ramy will be bringing to the stage this year, most of these will likely not be answered until he steps on stage. That being said, last year he put a ton of focus on his conditioning, looking dry and massive at the same time.

For comparison, here is a picture of the champ’s back, five weeks out from last year’s Olympia. According to Chad, at this point Ramy was weighing 310lb, so it is safe to assume that while the Egyptian is going to be a bit bigger, adding more mass was not their gameplan this year.

As the 2021 Mr. Olympia draws closer, the competition is heating up in a huge way. It is going to be interesting to see how Big Ramy looks when he finally hits the stage this year, after such an impressive performance in 2020.

To be clear, this is not going to be an easy win for him, as former champ Brandon Curry and others are looking to dethrone the champ. However if these updates are any indication, they will be in for a tough night at the office.