Reigning Mr. Olympia champ Big Ramy discusses his prep for the 2021 Mr. Olympia and says that he will be even better this year 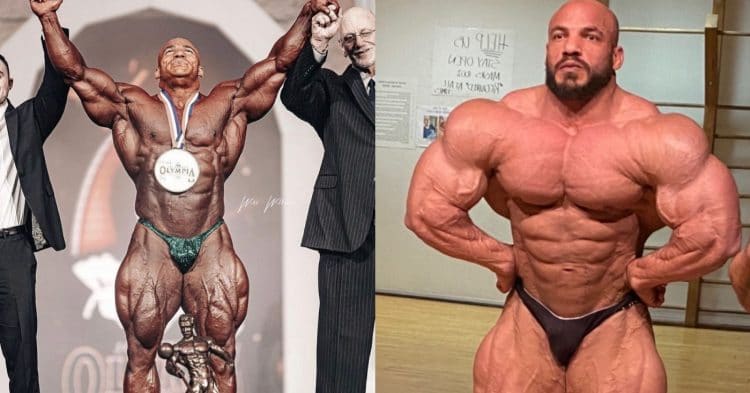 Fans were blown away with the package that Big Ramy brought to the stage to win the 2020 Mr. Olympia, but questioned whether or not he can be consistent. He assures fans that he will not only win the 2022 Olympia, but he will do it with an even better package.

It really just takes one look at Ramy to know that he is the biggest bodybuilder on stage today. However there is more to winning contests than just being big, as evident by how many setbacks he faced in his career.

Finally it all came together for him to win the Olympia last year, but given his history of being inconsistent with his physique in the past, fans questioned if this success would last. Speaking in a recent interview, the champ explained that he has been spending the time since winning the Olympia, working to bring an even better package this year.

“We have a plan from last year, me and Dennis (James) and Chad (Nicholls) are prepping for 2021 like we never had the Mr. Olympia before. We need to make big changes for the weak points if we have that, and we need to change everything. I think we’re working for that and we are ready for 2021,” Ramy said.

“We need to be better. That’s the biggest thing. We need to be better because we need to give the fans something new… When I started bodybuilding, I loved that story. I needed to be a champ for myself. But now I have a lot of fans, especially in the Middle East. They push me every day, and they need to see me in the top level of bodybuilding. (I have motivation) not only for me,  and not only for my passion, it’s also for my fans because they need to see Ramy all the time, as the best one.”

It seems like Big Ramy knows that his critics question his consistency and he plans to address that for the 2021 Mr. Olympia. Although he made it clear that he is motivated by making his fans happy, and that is what drives him to train.

He and Dennis James discussed that they have a strong training relationship, even though they thousands of miles apart. Dennis also revealed that this year the champ will come to America two months out from the contest, juxtaposed to the three-ish weeks they worked together last year.

If Big Ramy can truly come to the 2021 Mr. Olympia with an improved package from what he had last year, it will honestly be one of the best performances in Olympia history. This is what most bodybuilding fans want to see too, if only to witness this mass monster’s full potential.