Big Ramy Reveals He Will Not Be Competing Again Until 2021

Big Ramy Talks How Quarantine Has Been, As Well As When Is The Next Time He Plans To Compete 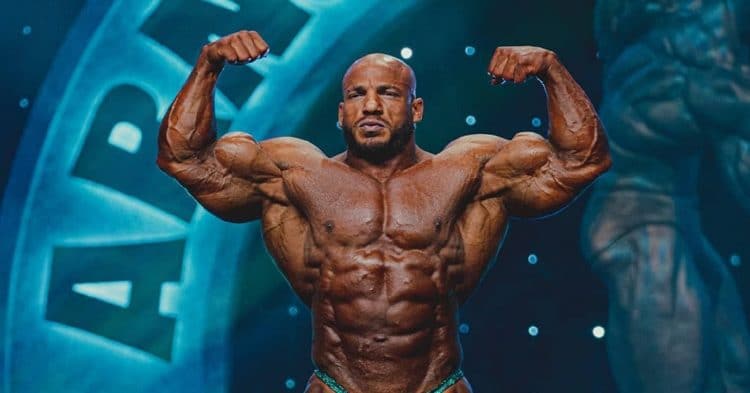 It’s been a while since we have heard from Big Ramy. Now the Egyptian bodybuilding superstar checks in and reveals what he has been up to the last few months, as well as when we may see him compete again.

Without a doubt, Big Ramy is one of the most exciting and promising bodybuilders in the world today. People know that when he steps on stage, he will always be prepared to deliver his best package. This, coupled with his humble demeanor has made him a fan favorite, with a following of people who are always wanting to support his journey.

Obviously with everything going on in the world, it has been a while since we saw Big Ramy competing. However he took to YouTube recently to update his fans on how things have been for him while in quarantine. Not only that, but he provides a little bit of insight on when he might be competing again.

Ramy explains that for the most part, he has been spending quarantine in various parts of the UAE. Right now he is relaxing at a hotel owned by a friend of his. The video sees them taking a tour of the hotel, seeing the different parts of the facility, including the gym of course. Speaking of, he took a second to explain how hard it has been for him to do any training recently.

“After the quarantine, nobody can train in the gym. It’s breaking the rules in the country. But I have a friend, he gave me some equipment and I tried to train at home.”

Obviously the big question that everyone wants to know, is when the next time Ramy will compete. He explained that his original plan was to compete at the Olympia. However with him not having qualified yet, this will likely not happen, leaving him sitting out until next year.

It is good to see that Big Ramy is healthy and doing well during all of this. Of course, it is disappointing to hear that he will likely not be able to compete this year. However given everything that is going on, and how most bodybuilding shows have been put on hold, it is not all that surprising.