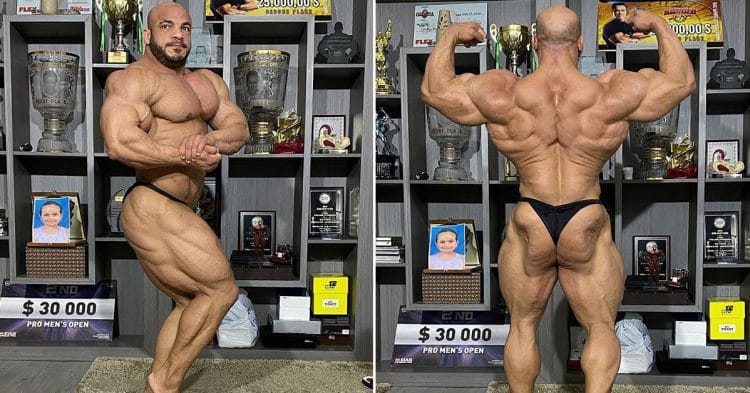 The 2020 Arnold Classic in Columbus Ohio marked Big Ramy’s return to competition after a year hiatus. The Egyptian bodybuilder had his best finish in 2017 after placing 2nd to Phil Heath. In 2018, he fell to 6th which was a huge disappointment that fueled his decision to take some off.

Big Ramy was one of the favorites for the Arnold Classic. But once again, he couldn’t bring the kind of conditioning that would get his hand raised and settled for 3rd place instead. Although, he certainly looked to have made improvements.

But Ramy shared his progress pics from when he was a week out from the 2020 Arnold and again, promised to be better next time which is a common thing we’ve seen from him. He also recently spoke out about his performance vowing to “give fans what they deserve” in the next show he competes in.

But he also acknowledged the current, worldwide problem and gave some words of encouragement which is also typical of his Instagram posts…

Scroll through to see all pics…

There’s no doubt Big Ramy looked incredible in these pics but show time is what matters. Although, Ramy was only edged out by William Bonac who took first and the legendary Dexter Jackson (runner-up) at the 2020 Classic. So not a bad result but Big Ramy will need to really make those necessary improvements if he’s going to do what is expected of someone with his potential.

It’s going to be a tough year for competitors though due to current events. But we hope it all subsides soon so we can get back to normal life.