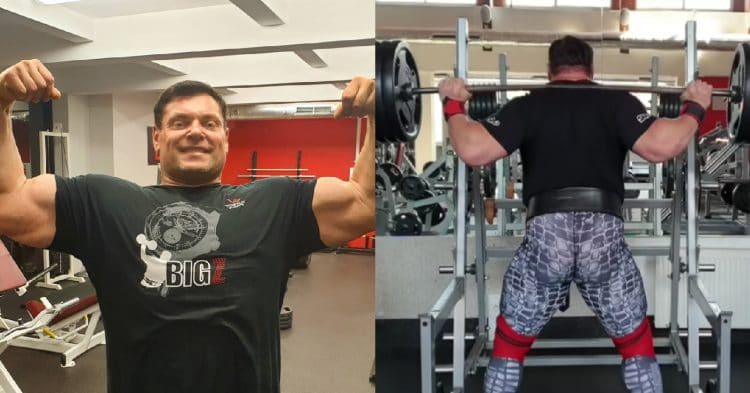 Strongman fans around the world were excited to hear that Big Z, Zydrunas Savickas would be making his return to competition. As he prepares for this contest, he did a max set of squats, and it was wildly impressive to see.

There is an argument to make that Big Z is the best strongman to ever compete. He has been able to win every major contest in the sport, including 4 victories at the World’s Strongest Man, and 8 at the Arnold Strongman Classic. Now that he is in his mid-40’s he has slowed down a lot on his competition schedule, but he is still an extremely skilled competitor and a challenge for anyone to beat.

As far as we know, Big Z has not been given an invitation to the 2020 World’s Strongest Man. However we do know that he will be one of the contestants at the upcoming inaugural Shaw Classic, this December. As he prepares for this event, he has been doing a lot of hard work. Most recently he was seen on his YouTube channel showing off his squat abilities, by doing a max set with a 320kg (705lb) squat.

“Today’s my leg day, and this is my last squat set. I will try to squat this 320kg, max reps,” Savickas said.

After wrapping up his knees, something Zydrunas says he is always sure to do when squatting heavy, he gets to work. The first ten or so reps go off without a hitch, with him moving the weight effortlessly. Things begin to slow from there, as he finishes off with 12 reps. He says that he could have had a couple more reps than that, but he felt it was good enough.

This was certainly not a bad showing from him, as Big Z had a decent warm up beforehand. He shared the warm-up on his Instagram, showing him doing 4 sets of 6 reps with some decently heavy weight. It was clear that he was amping up to go hard, which he would do with the max set a little bit later.

It is going to be exciting to see Zydrunas Savickas compete at the Shaw Classic in December. Brian has managed to secure a pretty solid roster for the event, so it will be curious to see how the Lithuanian strongman stacks up against the rest of the competitiors on the day. He seems to be coming along well with his training though, so this is a positive sign.