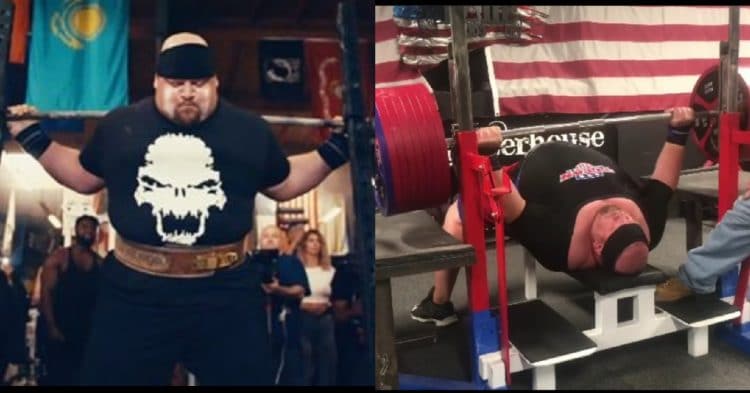 For the average powerlifter, a 915lb bench press is a goal that never gets reached. However for Blaine Sumner, this was easy enough that he could blow past it with ease.

Throughout his fourteen years long career, Sumner has cemented, without a doubt, his place as an elite powerlifter. He has managed to win several contests, and set more world records than anyone in Open competition. As such, he has been widely regarded as the strongest lifter of all time.

Even with all these credentials, Blaine Sumner never ceases to amaze people. This was seen big time recently, with a post to his Instagram. Here the powerlifting legend rips through a mind boggling triple set of a 915lb bench press.

“WOOOOOO! Finished up my heaviest week of bench for this cycle and these YOLO rep sets in the shirt. Finished up with a comfy 915 lbs. x 3 reps. Now time for a re-load week and decide what’s next! Shoutout to my boy @uncle_clubber on the liftoff.”

Now to be fair, these are not the deepest reps you will ever see. Nevertheless 915lb is heavier than some others can ever reach, and Sumner did it for three reps. With Julius Maddox primed to attempt an 800lb bench press, it was a performance to put in perspective how crazy that is.

Blaine had been working his way to this triple for a while. He had been slowing increasing his set from 827lb, to 871lb, before hitting this 915lb triple. Here is the 871lb triple he did just a few days prior:

At this point in his career, Blaine Sumner has his legacy set in stone. Regardless, seeing him doing lifts like this serves as the perfect reminder of how special of a talent he is. Even if, at 32 years old, his best days are more than likely behind him, it is clear that he still has plenty of juice left in the tank.