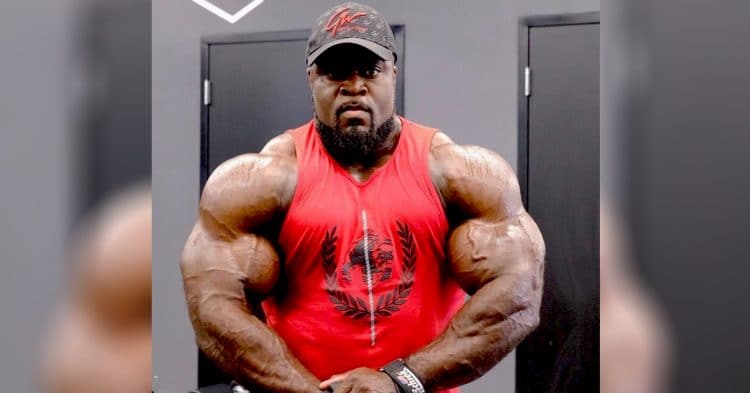 There can be no denying that Brandon Curry has taken his game to the next level in recent years. Now that he is returning to the gym after some away, he looks bigger and better than ever.

When Curry won the 2019 Mr. Olympia, it came as a shock to some. He had shown the promise you would expect from an elite bodybuilder, but there were athletes like Hadi Choopan and Dexter Jackson, which some felt had a better chance of winning. Nevertheless when he stepped on stage, he showed that he was unarguably one of the best in the world, brining a well rounded package to the competition.

Like most of us, Brandon Curry has not been able to train properly. However as he returns to training in the gym, he shared an update to his Instagram of his current physique. In the picture it is clear to see that he has not been slacking off outside of the gym.

“Brought my daughter to the gym with me today because she wanted to take pictures. 💪🏿 she did pretty good. This is unedited and she had no fancy lighting or flash.”

Curry’s arms are massive in this picture, and his shoulders are rounded. Although he is far from competition ready, he showed that he is definitely still getting better. Not to mention, this was before he actually started hitting the weights. When that happened, he displayed that his skills have not dropped off at all. Check out how jacked he looks, doing this cable work.

With things slowly appearing to return to a level of normalcy, it will be curious to see how Brandon Curry looks before the rescheduled 2020 Olympia. For some of his fellow bodybuilders, training regularly has been quite difficult. However if this initial update is any indication, Mr. Olympia is off to a pretty good start.