This will be a feat that you don't want to miss! 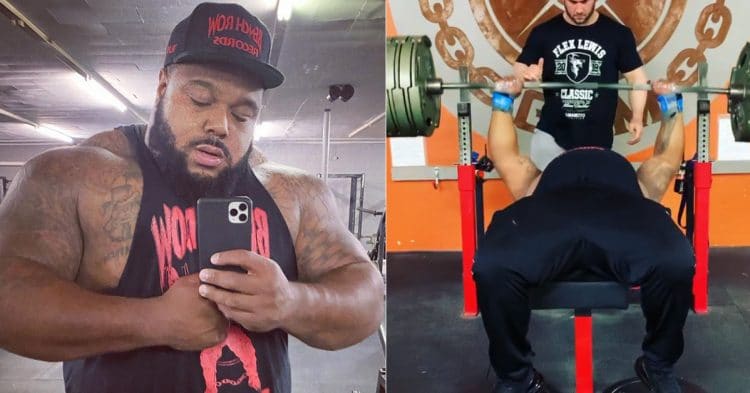 Maddox continued to set the bar higher and higher, eventually stopping at a 350kg/770lb world record performance in March at the Arnold Sports Festival. Then due to the current global health crisis, he has been training a little differently but still training nonetheless.

He recently repped out 600lbs for 9 reps while wearing a wig to try and spread some joy during these difficult times. And even more recently, he whipped through 7 reps with 640 lbs.

Now, we know Julius Maddox’s big goal is to achieve a 363kg/800lb bench press sometime this year. But it was uncertain until World’s Ultimate Strongman recently announced that Maddox will attempt the bench press on June 27th. It’ll be a part of their “Feats of Strength” series and will be broadcast by them.

It’s going to be exciting!

“Continuing our “Feats of Strength” series and in support of strength sports we have another special one lined up for you!
–
Julius Maddox @irregular_strength will be going for the 800lb/362kg Bench Press World Record attempting to break his own current World Record!! –
We at World’s Ultimate Strongman are supporting Julius and this lift will be sanctioned by @rps_powerlifting
–
Exciting or what? –
As usual, this will be free to watch on June 27th on coresports.world“

Several other top strength athletes will also perform as part of the “Feat of Strength” series in an attempt to break a world record. Hafthor Bjornsson is one prominent athlete who’ll be attempting to break the all-time deadlift world record by pulling 501kg/1105lbs (Eddie Hall holds the current world record of 500kg/1102lbs).

Bjornsson recently deadlifted 470kg/1036lbs live on Twitch which was his last heavy session before the big day set for May 2. He has received a lot of opposition because the lift won’t be done in actual competition with other athletes. But he’s moving forward anyway.

There are plenty of exciting, upcoming world record attempts and you definitely don’t want to miss them. And we’ll definitely be sure to keep you updated every step of the way.

There is almost no doubt that Julius Maddox is the best bench presser currently, as he holds the Official World...