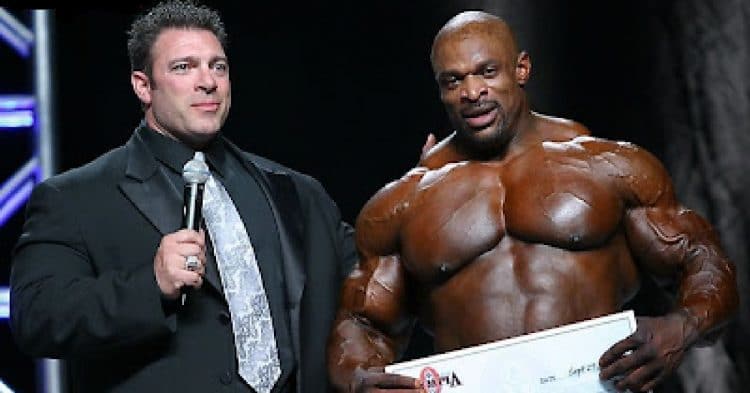 Bodybuilding icon Ronnie Coleman turned some heads recently, with his comments speaking out against the use of diuretics. This has gotten the attention of the Voice of Bodybuilding himself, Bob Cicherillo, who thinks Ronnie should look in the mirror first.

Cicherillo and Coleman competed together on a few occasions back in the day. So when Bob heard Ronnie speaking out about diruretics recently, noting that he almost died from dehydration before the 2001 Olympia, he naturally had some thoughts on the remarks, and he pulled no punches.

Speaking in an episode of his podcast, Bob pointed the finger back at Ronnie for saying that diuretics should be banned. He said that when Ronnie was competing, he had no issue using diuretics, and that it is easy to talk about the changes you want to make, years after retirement.

“When it comes to making comments, you’ve gotta be held accountable, and I’m going to hold Ronnie accountable because I think we have that kind of relationship,” Cicherillo said.

“Bottom line is this, first of all it’s easy to put that out there after you’ve been done competing for some time, that you want to see different changes and different things implemented… Clearly there was no diuretic testing when he was competing, or myself for that matter, and if it was going on back then, if he had to do that, would he be 8-time Mr. Olympia?”

From there, Bob Cicherillo went on to say that he knows that Ronnie has discussed the problems he had on 2001 at length. Moreover, he understands Ronnie’s point about wanting to see some changes made in the wake of the deaths in the sport over the last few months.

However Bob then made a very interesting point, by bringing up the fact that Coleman has his own bodybuilding contest that he puts on. So he suggests that if Ronnie wants to see these changes, he can start by implementing them in his own contest.

“Ronnie, you are a show promoter. You put on the Ronnie Coleman Classic, you and your partner Brian Dobson… You are an NPC and IFBB Promoter. You can drug test your show any time you want. There are no restrictions from the Pro League or the NPC for that matter, on making your show a drug tested event,” Cicherillo said.

“I’m saying if you’re going to put that out there, then listen, put your money where your mouth is. Drug test your own show. Have it diuretic tested. You can have it tested for whatever you want… If you’re going to make a statement, you have ever ability to back it up…

“If you’re going to talk about the direction of bodybuilding and whether it’s too extreme, I mean this guy was the king of extremes. That’s what made Ronnie the greatest, the fact that he could be 270-80lb and ripped to shreds is what made Ronnie the greatest and gave him his legacy. But if you’re going to put this out there after you’re done competing, because I don’t remember Ronnie ever calling for drug testing during his eight year run, I’m just saying,” Cicherillo added.

Bob Cicherillo certainly makes some good points about Ronnie Coleman having the opportunity to start the changes he wants to see. On the other hand, downplaying his concerns because it was something he used to do, is neglecting the idea that people can change their opinions on things, as they get older.