Ronnie Coleman discusses the dangers of water manipulation, and says that bodybuilding contests should start testing for diuretics 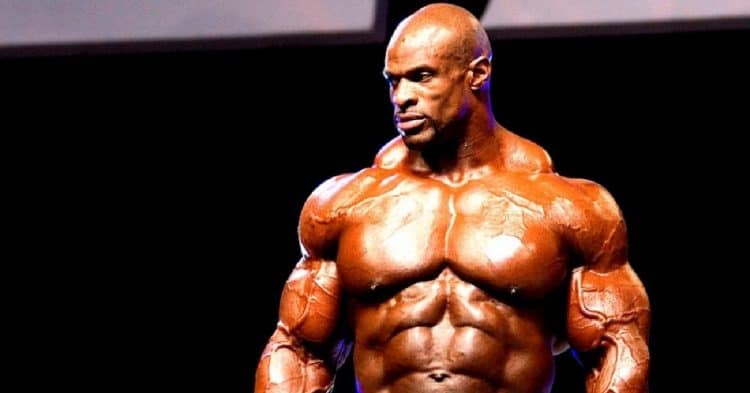 You will be hard pressed to find a topic as controversial as the use of diuretics in bodybuilding. In fact, legendary bodybuilder Ronnie Coleman wants to see them banned from the sport altogether.

It is pretty safe to say that Coleman is one of the greatest to ever do it, and he has the Sandows to back it up. However that type of success does not come without some sacrifices and close calls when it comes to training and stepping on stage.

Speaking in a recent interview, Big Ron opened up about one of the biggest areas of controversy in the sport: the manipulation of one’s water intake, in order to make the muscles pop onstage. Here he revealed that there was a time at the 2001 Mr. Olympia, where he pushed that water manipulation so far that he thought he was going to die.

“The one that stands out the most to me is ’01, where I was totally dehydrated the day of the show, and I was thinking I was going to die. That stands out to me more than any other show because I was on my way to the hospital and Chad (Nicholls) called me and said ‘Don’t do that!'” Coleman said.

Ronnie Coleman went on to explain that he was feeling really sick at this point too, and he realized something was not right. Before he could go to the hospital, Nicholls called him and told him to drink water and hydrate, which helped him feel better but messed up his physique onstage.

One of the big things that some athletes use to help dry out is diuretics, but this has led to some complicated side effects, even causing deaths in the bodybuilding world. Ronnie believes that these things should be banned and tested for, in order to keep athletes safe.

“I think they probably all need to test them again for diuretics, like they did when (Mohammed) Benaziza died. That’s the main problem. Those diuretics are dangerous,” Coleman said.

“Those diuretics are dangerous. They will kill you, as we’ve seen in the past. I think it’s mostly all about the diuretics, so I think if they brought diuretic testing back, that would solve the problem.”

As far as the current state of Men’s Open goes, Big Ramy is the reigning and defending Olympia champ, and some believe that he is unstoppable. Coleman tends to fall in that category too, saying that if the Egyptian can stay consistent he will be hard to beat.

“It’s going to be real hard (to beat Ramy), especially after you done won one and you now have the formula. I think it’s going to be real hard. Plus he’s a big guy and nine times out of ten they’re looking for the biggest guy to be Mr. Olympia. That’s what they’ve wanted for the last three or four years… He figured out how to manipulate the water, that’s what it’s all about… I think Ramy’s a shoe-in,” he said.

Ronnie Coleman brings up some great points about the dangers of diuretics. Furthermore, is going to be interesting to see if his prediction for the 2021 Mr. Olympia will come true, and see if Big Ramy can continue to figure it out.