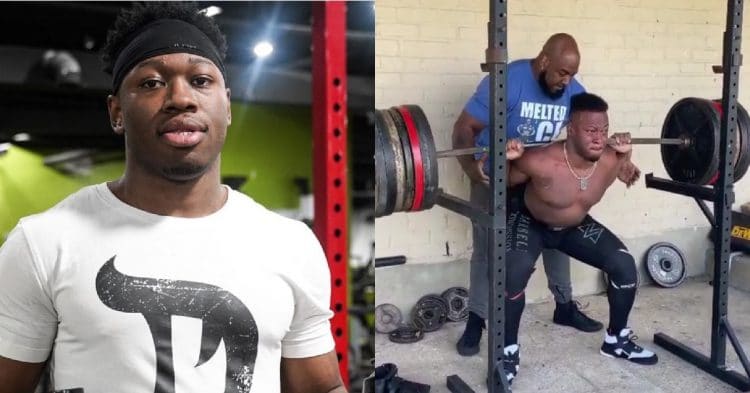 The powerlifting world seems to be full of a never-ending supply of exciting young prospects. You can add Bobb Matthews to that list after he hit a gigantic squat personal record recently.

Matthews has been doing some pretty ridiculous things inside powerlifting lately. Although he has not had a ton of competition experience, he has looked unstoppable in those outings. Most recently he scored second place as a -93kg junior at the 2019 Raw Nationals, marking his place as a potential star in the sport.

Perhaps what Bobb Matthews excels at the most is his squat technique. This ability has left spectators with their jaws on the floor, as he has demonstrated some impeccable skills. This was on full display recently, with an Instagram post of Bobb in a recent training session. It was here, that he managed to crush a humongous 685lb squat, securing a new personal record in the process.

It was clear by the look on his face, that Matthews was pushing himself to the limit with this enormous squat. Nevertheless, he was able to prevail, and lift the weight up with a slow and steady demeanor. It was definitely an impressive performance, that saw him shoot a whopping 18lb over his competition best of 667lb. Moreover, it is 10lb heavier than his previous PR, which he hit only a mere three weeks prior.

Matthews had been working towards this goal for a while. Even with gyms closed he has been finding unique ways to get some good squat work in. Here he is, just a few weeks earlier, doing some Zercher squats at a playground, while wearing a face mask.

Bobb Matthews continues to show a growth and progress in his squats that is immeasurable. It is going to be exciting to see his career unfold, once he can get back to competing.