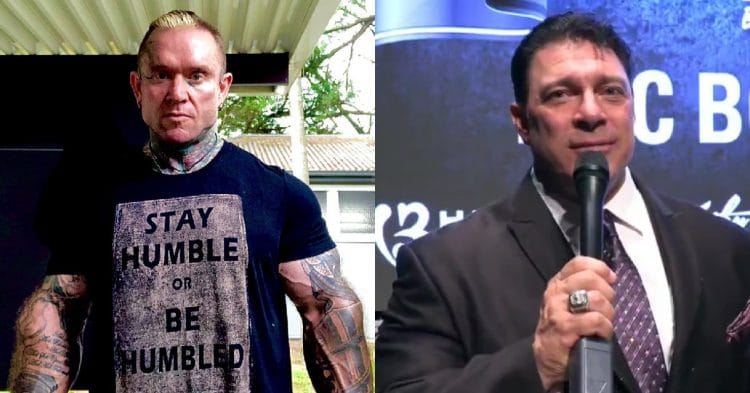 Lee Priest heard the recent comments that Bob Cicherillo made about him. Now he responds, in a fiery, profanity-laced interview.

Priest has always been known as an honest and straightforward figure in the sport of bodybuilding. Good or bad, he has never been afraid to speak his mind about different issues in the sport. As a result, he is regarded as being fairly polarizing.

You can say a lot of things about Lee Priest, but one thing you rarely hear is that he is not genuine. That is why he was taken by surprise when he heard that Bob Cicherillo made comments to that effect. Speaking in a recent interview, Bob accused Lee of trying to get bodybuilders to unionize some years ago, only to not come to the meeting that was set up to achieve that goal. Furthermore, he said that he thought Priest did not genuinely want the athletes to successfully form a union.

“No one f–king liked him. That’s why no one showed up, that’s why I didn’t show up, because we didn’t like Bob. Then he tried to say ‘Lee tried to start a union.’ I never tried to start a union. I tried to get the guys to just stand up for themselves, because back stage guys would always be coming up and complaining. I said then why don’t you stand together. I never said let’s make a union, I said stand together, if we don’t like it don’t walk out on stage.”

Lee Priest goes on to point out inconsistences in Bob Cicherillo’s recollection on events. Not only that, but he scoffs at the idea that Bob said he was scared of backlash by unionizing, when he was regularly suspended by the IFBB. You can watch the full interview below, and see just how heated he is over the whole situation.