Eddie Hall Reflects On His Inspirational Journey To Overcome Addiction 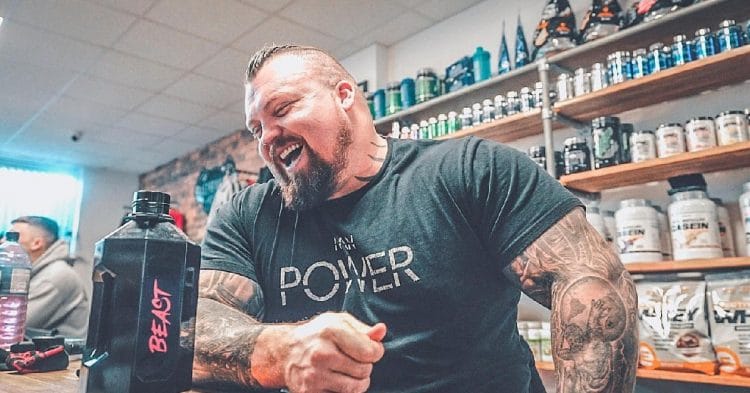 Eddie Hall is one of the most popular and successful strongman athletes of all time. However, what you may not know is the type of journey it took for him to get here.

Hall has reached the highest of highs in this sport, winning several major competitions. He captured the 2017 World’s Strongest Man title, as well as several British and UK Strongest Man contests, not to mention he holds the record for the heaviest deadlift of all time (at least for now). He is one of the best and most respected athletes the sport has ever seen.

However, what not many people realize, is the type of adversity Eddie Hall had to overcome to get to where he is in the sport. In a recent video to his YouTube channel, he took his fans on a trip down memory lane. The video, which was made to celebrate getting a million subscribers, shows how far he has come, telling his life story.

As Hall explains, he grew up with the desire to be an Olympic swimmer and was on his way to doing so. However, when his Nan, who he was quite close to, was diagnosed with cancer, he began to spiral downhill, falling into a trap of depression, alcoholism, and drug addiction. It was not until he saw a poster of Arnold Schwarzenegger, that reminded him of his love for fitness, that he began turning his life around.

“If there’s one thing I’ve learned from Arnold, it’s that there’s a big difference between arrogance and confidence. Arrogance is thinking that you’re better than everybody else, but then confidence is knowing that you’re better than everybody else. But in order to be that confident guy, you’ve got to be arrogant, you’ve got to believe it before you become it. That’s what Arnold did, he believed it before it happened.”

Hall goes on to explain that he tried his hand at bodybuilding, with the plan to win the Olympia. Although when he began to realize he did not have the size and frame to achieve that goal, he realized that it was the strength that he enjoyed. Therefore he started training strongman, and with his Nan on her deathbed, he promised her that he would win the World’s Strongest Man.

With inspiration from his daughter and wife, Hall continued training and working towards the goal of becoming World’s Strongest Man. He detailed failing to hit a world record deadlift, but then achieving it in front of his hero Arnold Schwarzenegger, before extending the record later on. Then he won the World’s Strongest Man in 2017, with all of his hard work paying off.

Now, Eddie Hall has had several television shows and a successful YouTube channel. Furthermore, he is still a successful strongman to this day. Looking back on this, and his entire story, it is clear how incredible his story is.