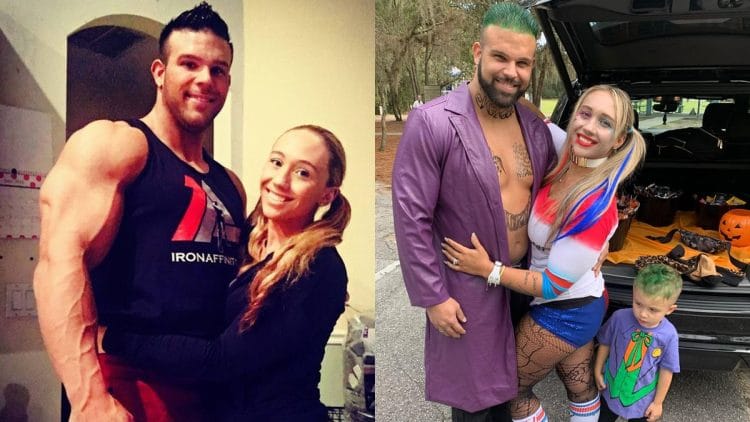 “Please donate to help fund Bostin Loyd’s funeral. Dave has approval from Ariella (Bostin’s wife) to share this GoFundMe campaign,” the caption to the post read.

Bostin Loyd was suffering from stage 5 kidney failure and he was waiting for a potential transplant. As we reported previously, Loyd passed out after returning home from the gym. Paramedics arrived at the scene and performed CPR until he was declared dead in the hospital. Nick Trigili of the YouTube channel Bodybuilding and B**S stated that a heart attack could be a cause of Bostin Loyd’s death.

Bostin Loyd tasted success in competitive bodybuilding at only 21 years of age when he won the NPC Contra Costa in Hollywood, California. However, he made headlines with a first place finish in the super heavyweight division at the 2015 Montanari Bros Powerhouse Classic. He last competed at the 2016 NPC Kevin Gore Border Klash and secured the first place in the super heavyweight division once again.

The late bodybuilder openly supported steroid use and claimed to be the first prominent name in the sport to share his complete steroid cycle with public. Despite harsh criticism, Loyd continued to experiment with steroids and other performance-enhancing drugs during the prep as well as off-season training.

During his visit to the RxMuscle podcast in 2021, Bostin Loyd revealed that he had stage 5 kidney failure. He also believed that it was the result of putting several foreign substances into his body. Loyd did extensive research on restoring kidney function and also underwent several treatments to treat the condition. In a recent Facebook post, Bostin Loyd stated that he had exceeded doctors’ expectations and was doing well. In spite of everything that he had to go through, the late bodybuilder did not regret his decision to use steroids.

There have been a high number of deaths in the bodybuilding industry in recent times. Considering a framework to ensure athlete safety and testing policy seems increasingly necessary. Olympia is already contemplating to demand doctors’ clearance from competing athletes. However, a full-proof solution is not in the sight as of now. FitnessVolt hopes the entire bodybuilding community to go in that direction.