Retired bodybuilder and Mr. Olympia veteran Brad Rowe found himself in the ER and potentially in need of surgery 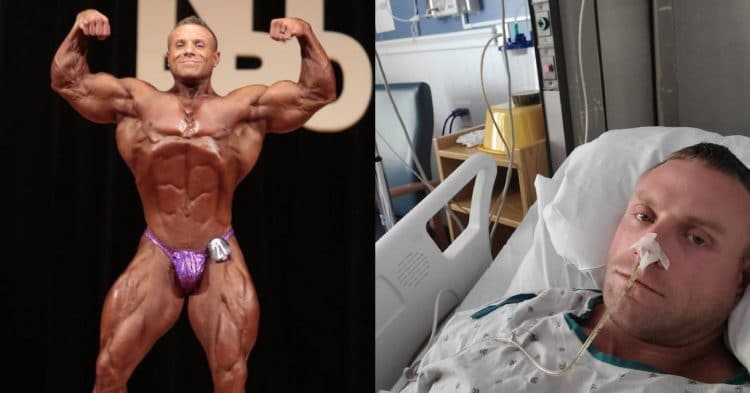 Retired bodybuilder Brad Rowe recently found himself taking a trip to the emergency room earlier this week. Now he provides a health update, and reveals that he could be in for a few surgeries.

Beginning his career in 2010, Rowe did not last as long in the sport of bodybuilding as some other veterans. However in his time in the sport, he made quite the impact, even making an appearance at the 2015 Mr. Olympia, coming in 16th place.

While he may not have had the most prestigious competitive career, Brad became well known for his efforts as a personal trainer. Even after his final competition in 2019, and retirement in 2020, he worked with legendary boxer Mike Tyson.

That being said, Brad Rowe has now found himself in the hospital. According to a post to his Instagram, he was transported to the ER earlier this week, and it was discovered that he had intestinal obstructions that may require surgery to repair.

Furthermore, he revealed that lingering issues with his knee may also require him to go under the knife. He said that the doctors are going to try other, less invasive procedures, but if they do not work, they will have no choice but to operate.

“Its been one of those weeks!” Rowe wrote.

“Intestinal obstruction forced me to come to the ER this morning. They inserted a tube in my nose to my stomach to suction out in hopes the blockage releases. I may need surgery if it doesn’t or the surgeon feels there is a mechanical issue which caused the first obstruction last Thursday then this one that started to form yesterday. I’m here till late Friday night minimum they told me 🤦‍♂️

Monday I had an MRI on my knee and there is an area that isn’t healing efficiently,” Rowe continued. “I have a nerve that is causing sharp shooting pain in that same area. We are hoping that after seeing a nerve specialist to freeze the nerve that there will be less inflammatory responses and allow the tissue to heal properly. If not I go under the knife to clean out some of the unhealthy tissue.

Add onto all that a few personal and professional roadblocks/challenges and it’s been an extremely trying week. But just keep my head down and take it moment by moment and I’ll get through it all like I always do and learn some things in the process.

I truly appreciate everyone that has reached out 🙏 sorry if I’m not getting back to everyone but the messages are seen and appreciated!”

Fitness Volt would like to wish Brad Rowe a speedy recovery from these issues. Hopefully things go smoothly with any and all surgical procedures, and he will be back to regular life as soon as possible.