A recent update from Dennis Wolf shows that even three years after his last competition, he is in tremendous shape 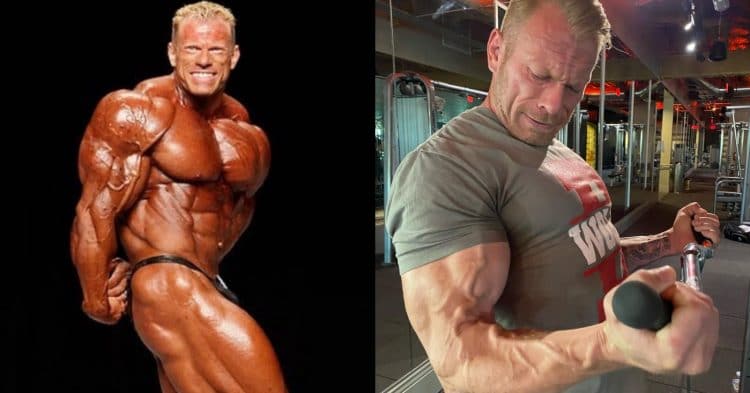 It has been three years since the last time Dennis Wolf took to the stage for a bodybuilding competition. Despite being well into retirement, he showed recently that he is still in tremendous shape.

During his time in the sport, Wolf was undoubtedly one of the best to do it. He showed time and again that he could contend with the best, and whether he won or lost, you knew that he was going to be a tough athlete to beat.

Throughout his time in the sport, the German bodybuilder has made ten appearances at the Mr. Olympia, with his best performance being a third place win in 2013. Furthermore, he has won the Arnold Classic on one occasion, with two further second place scores, proving his worth as a bonafide legend.

It has been three years since the last time Dennis Wolf competed, at the 2018 Arnold Classic, with a further three years between that and his previous contest. Despite being so deep into retirement, and having dealt with injuries, he is still maintaining an incredible physique.

Posting to Instagram, the 42-year old shared a snapshot of him during an arm workout, which shows how massive and vascular his arms are. On top of that, he posted a clip of himself stepping on the scale to weigh in at a lean 213lb.

“Trying to stay on my daily routine… Trained arms with my brother @yankapelyus this morning💪,” Wolf wrote.

Although he is nowhere near the massive specimen that he was in the prime of his career, it is impossible to deny just how jacked Dennis still is. Although this is a much more lean version of his physique, his frame is still fully conditioned, as evidenced by his insane vascularity.

Wolf is not the type of person to post a whole bunch of training videos or clips to his social media, but if this update is any indication, that is not because he stays out of the gym. In fact, we saw last month, at the grand opening of the Dragon’s Lair Gym, that he can still hold his own against the best, like Flex Lewis.

It is impressive to see Dennis Wolf keeping himself so healthy and jacked, even this far into his retirement. 42 years old is not that ancient, in terms of bodybuilding, so it is not entirely implausible that he could eventually make another return to the stage one day in the future.