Bodybuilder and Fitness Model Deniz Saypinar says that she was booted from an American Airlines flight over her choice of attire, with attendants saying she was a disruption 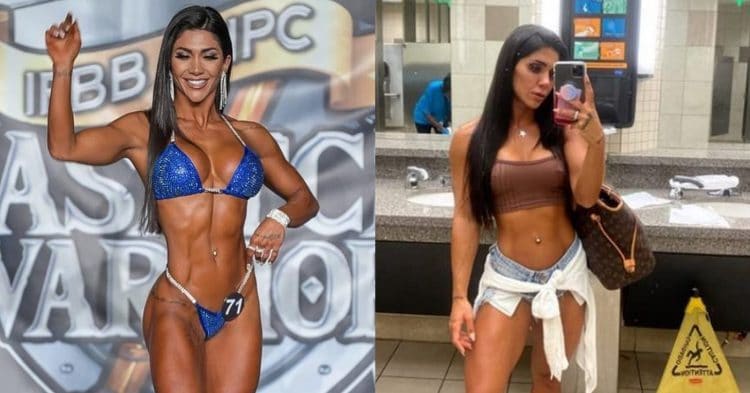 It is hard enough for a female bodybuilder to be happy with the way they look. However Turkish fitness model Deniz Saypinar found a way to be happy with her appearance, only to be forced off of an American Airlines flight because of it.

The way Saypinar explains it, she was looking to board a flight in Dallas, TX, after moving to the US from Turkey to get away from the conservative views of her people. As the first ever IFBB Pro Bodybuilder to come from Turkey, she is obviously quite proud of her physique and decided to show it off with a fashionable outfit.

However, as she explains the American Airlines flight attendants were not thrilled with her choice of attire, and told her to remove herself from the plane. Apparently, they felt that she was “disturbed other families,” although she shared what she was wearing to her Instagram, showing that it was not overly revealing.

After the incident, Deniz Saypinar again took to her social media to voice her outrage over the situation. Here she plead her case for why she should be allowed to show off her femininity, while tagging American Airlines in her posts to express her frustration.

“I am an athlete, and now I have to wait here until the morning,” Saypinar wrote (h/t Daily Mail). “I like to wear feminine clothes that reveal my femininity, but I never dress in a way that will offend anyone. I’m mature and civilised enough to know what I can and cannot wear.’

“I don’t deserve to be treated like the worst person in the world for wearing denim shorts,” she added. “What separates us from animals if humans can’t control even their most primitive impulses.”

“I feel insulted” Saypinar continued. “They wouldn’t let me on the plane because I wore these shorts in the United States,” Saypinar said.

She certainly has a point, as the outfit she was wearing was far from being overly revealing. Of course, there was a fair bit of skin showing, but it is not like she was trying to board the plane in lingerie, or even in the bathing suit that she wears to compete.

At the end of the day, it is rather frustrating that Deniz Saypinar was forced into this type of situation. She seemed understandably upset at the time, but hopefully she is not too discouraged by what went down.