The 34-year-old bodybuilding champion died after suffering from Covid-19. 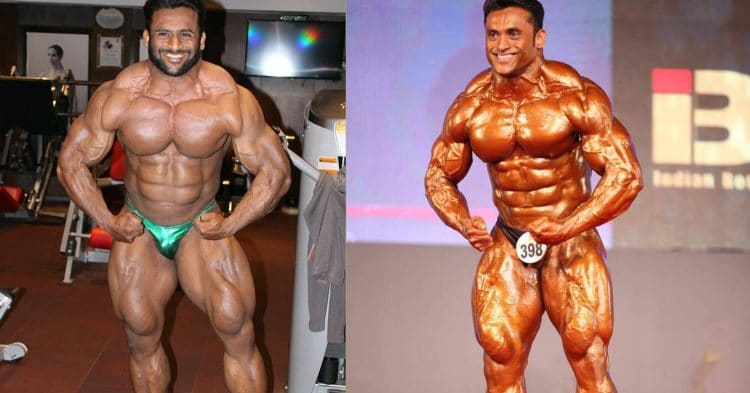 We’re sad to report that 34-year-old bodybuilder Jagdish Lad died on Friday, April 30, from Covid-19. He passed away at a hospital in Vadodara after being on oxygen support. He left behind his wife who also had Covid-19 and his daughter.

Lad is just one of many bodybuilders to have apparently succumbed to the illness and only the second from India after Manoj Lakhan.

He represented India and Maharashtra on the bodybuilding stage and his most notable achievements include winning the Bharat Shri title and earning a silver medal at the 2014 WBPF World Championship in the men’s category up to 90 kg. He had quite an impressive physique during his competitive days.

According to a source, Lad was originally from Jundal Village in Sangli District but relocated to Navi Mumbai and subsequently Baroda where he operated a gym. But after the coronavirus struck, he struggled to stay afloat financially and after having quit bodybuilding several years ago in 2017.

Sad to know about the demise of International body builder, Mr India, #JagdishLad due to #COVID19.
My heartfelt condolences to his family. #RIP pic.twitter.com/Jk6u8LmU1S

“He had left bodybuilding four years back. Due to the lockdown, he was struggling financially. He and the bodybuilder here, Lakhan, both didn’t get proper treatment, and died due to this reason. Even his wife has covid. His landlord was not allowing them to vacate their house in Baroda because he didn’t have money to pay rent. If covid strikes us bodybuilders, who have a high level of immunity, it can strike anyone. Bodybuilders aren’t Gods, we too can get affected deeply by covid.”

Dabilkar explained that Lad was a very nice person with lots of potential.

We’d like to offer our deepest and most sincere condolences to the family and friends of Jagdish Lad.

Lose It: Exercises to Get Rid of Back Fat