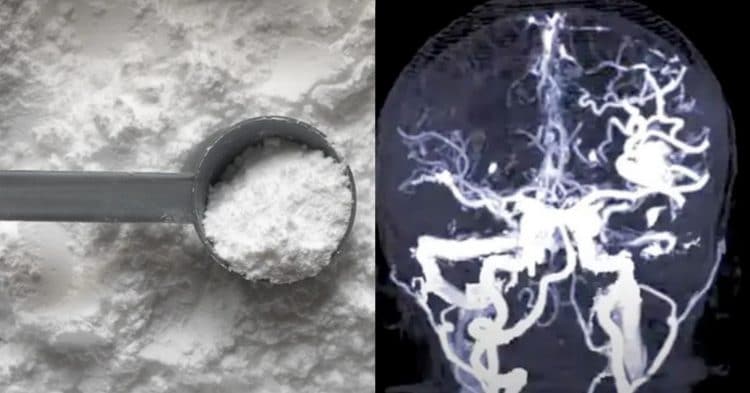 People do all kinds of insane things to get fame on the internet. A recent tale has emerged of a TikToker doing that very thing by taking an obscene amount of preworkout for clout on the platform.

Bernard Hsu is a YouTuber who works in the medical field, and tells stories of cases that either he or his colleagues have experienced. Recently he told the cautionary tale of a guy who tried to gain notoriety in the worst way, on the fitness side of TikTok.

The 25-year old man, referred to as JA in the video, was finding a bit of fame on the platform for dry-scooping preworkout before hitting the gym. This is a practice seen by a lot of athletes, where they down whole scoops of supplements without mixing it with water, supposedly to have it activated in the body more quickly.

“Clearly, this was nonsense intended to sensationalise an unnecessary class of supplement, but JA was determined,” Bernard Hsu explained.

JA wanted to gain followers on TikTok and started doing so after trying to dry-scoop two scoops of preworkout. Despite feeling he was choking from doing this, he noticed an uptick in his followers, so he decided to take it up a notch.

As Bernard explains, the TikToker followed this up with his next video, dry-scooping four scoops instead. However this was not enough for JA, who then chose to wash this down with four more scoops mixed with water.

After this, JA went to the gym to hit the weights, but to no surprise he was not feeling well. Feeling jittery and sweaty before the workout even began, he was hit with a huge headache, with bulging eyes.

The TikToker was brought to the hospital, courtesy of his mom, and it was discovered shortly thereafter, just how much preworkout he had taken. Medics reported that his blood pressure was through the roof, his heart rate was erratic, and his pupils were different sizes.

Apparently the massive amounts of caffeine and creatine, mixed with the proprietary “focus energy blend” that was in the preworkout had some adverse effects on JA’s body. This was only made worse by the heavy lifting, leaving him with bleeding and swelling in the brain.

“The combination of huge amounts of caffeine and beta phenylethylamine in eight scoops of pre-workout swallowed all at once, with heavy lifting, all together could have increased JA’s blood pressure so high that it caused his brain to start to stroke in the form of a bleed,” Bernard Hsu said.

Doctors were forced to do an emergency surgery, cutting pieces of his skull away to relieve pressure in his brain. This not only saved his life, but also allowed him to make a full recovery within a few months.

To conclude the video, Bernard Hsu pleads with his viewers to not follow in the footsteps of JA by overusing preworkout, saying that it is not necessary for a good workout. While there is certainly a time and a place for using preworkout, we can all agree that taking 8 scoops at once is not a smart decision.