These individuals are acknowledged for being the tallest and shortest bodybuilders in the world. 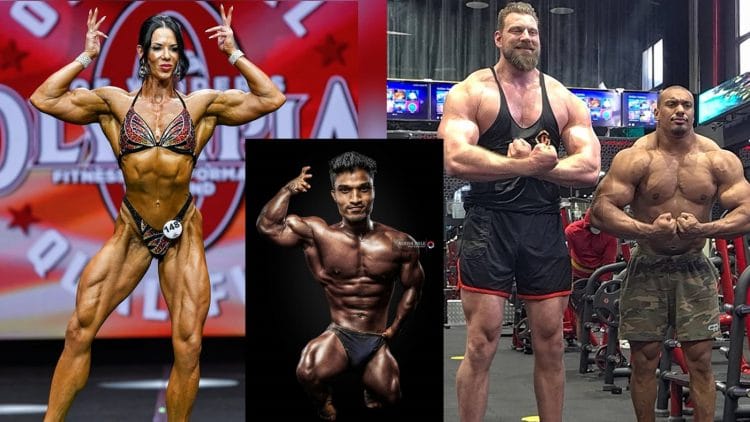 Bodybuilders Maria Wattel, Olivier Richters, and Pratik Mohite have all been featured in the latest 2022 edition of the famous Guinness Book of World Records®.

Maria Wattel of the Netherlands was acknowledged as the tallest female bodybuilder standing 182.7 cm or 5 feet, 11.9 inches tall.

Also from the Netherlands, male bodybuilder Olivier Richters is a towering 218.3 cm or 7 feet 1.9 inches.

Opposite these giants is India’s Pratik Mohite, recognized as the world’s shortest competitive bodybuilder at just 102 cm or 3 feet 4 inches.

Since 1955, the publication has featured unique human achievements and stories and records that showcase extremes of the natural world.

Maria Wattel is the only IFBB (International Federation of Bodybuilding and Fitness) Pro bodybuilder of the three. She’s also competed in a few notable competitions.

Maria has said that at the start of her competitive career, judges would set her aside because they weren’t sure how to score her against other competition.

Originally, she wanted to be a powerful fighter and therefore took up Thai boxing at age 17. Then in 2019, she started to weight train and as she became more popular with people, she earned the nickname “Amazon”. Wattel has said that she did think it was a fitting name for her.

There are many videos of the Pro competitor on YouTube.

Maria was recognized as the world’s Tallest female bodybuilder on January 15, 2021.

Also known as the Dutch Giant, you may have seen the massive bodybuilder in major films such as Black Widow and Kingsman (2021).

The 155kg/342 lb actor and CEO has been featured on the cover of Men’s Health Netherlands and he has also been a guest on Good Morning Britain, popular fitness YouTube channels, and he also has his own YouTube channel.

Richters has 11 film credits so far and he’ll likely land roles in future films due to his rare stature.

Pratik Mohite is a 25-year-old Maharashtra-based bodybuilder who weighs just 95 lbs. Standing at 3 feet 4 inches tall, Mohite has dedicated his life to the sport and has already competed in 41 shows with his sights set on winning Mister World Championship.

He started weight training at age 16 to be more fit to play his favorite sport cricket. His small stature made things a lot more challenging, however, as we’ve seen many times, will and determination can overcome limitations.

Check out this video to see the three featured bodybuilders.

Congrats to these individuals for being included in one of the most iconic publications. Sure, they made it because of their physical statures and not because of a special talent, however, they’re all, indeed talented and rather accomplished.

Olivier Richters from the Netherlands is a towering 7 foot 2 inches which makes him the tallest bodybuilder on planet...

For anyone who doesn’t know, Bradley Martyn is a famous bodybuilder, YouTuber who gives great advice on training and goes...

Here is the inspiring tale of a very tall Dutch bodybuilder Olivier Richters who has made incredible long-term progress despite...