Life and Accomplishments of Bruna Luccas 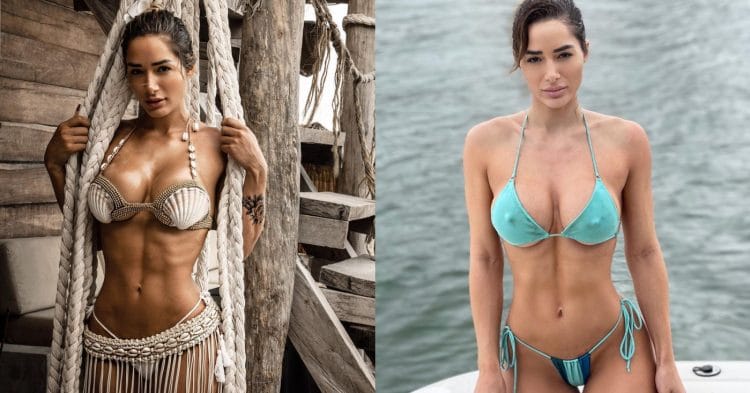 Brazilian fitness model and social media influencer Bruna Luccas has turned heads all across the world for incredible physique and presence online. This is her life story, diet and training plans, and more.

Born in Sao Paulo, Brazil, Bruna Luccas grew up in a variety of different towns. Not much is known about her school years, or if she performed in any athletic ventures as a kid, but it is clear that she always had good genes.

In 2015, Bruna would move to California with a singular goal in mind: to make a career in the world of modeling. As anyone knows though, this is not an easy industry to get into, so first she had to make ends meet, working at restaurants like McDonalds, On The Border, and Wahoo’s Fish Tacos.

Once Bruna Luccas got notice on Instagram for her physique, her profile grew immensely. People were attracted to her curvaceous physique and the fact that she was in such phenomenal shape despite working in a fast food restaurant.

It did not take long for brands to reach out to her, in the interest of bringing her onboard as a model and ambassador. She was finally able to start living her dream as a fitness model.

At the time of writing, Luccas has grown her Instagram following to a staggering 4.3 million followers, in just over four years. She has also worked with such brands as Fashion Nova, Bang Energy, and Precioso Yachts, to name but a few.

Additionally, she was finally able to stop working an hourly job, starting her own bikini company. She started this company with her sister, and their social media has raked in more than half a million followers.

When it comes to her training, Bruna Luccas has a somewhat inconsistent schedule, which comes from her history of having to work around her varying fast food restaurant schedule, training early in the morning or late at night. That being said, she has always been aware of how much of part of her ability to stay in such insane shape is reliant on her insanely good genetics.

However there is really one main thing that people look to emulate, when following Bruna’s workout routine.

Typically this workout is done with a barbell, with at least 20lb on each side. This is something she does three to five times a week, mixing it in with her other workout routines.

When it comes to her other workouts, Luccas tends to do a lot of bodyweight workouts, such as dips, different push-up variations, and more. Her usual routine is 3-5 sets for each workout, done for 8-10 reps each set.

For cardio, Bruna really enjoys swimming, doing so four times a week for an hour each session. She believes that this seriously improves her cardiovascular and lung capacity, while keeping her physique toned and lean.

One of the things that make Bruna Luccas such an itneresting example for most people, is the fact that she does not keep a regular diet that one would expect to see from a fitness model. In fact, the way she eats can hardly be considered a diet at all.

Most of the time, she focuses on having lean proteins, and healthy fats, as well as complex carbs that she times around her workouts to help have energy. With that in mind though, it is important to note that she generally does not like to cook, and prefers to eat food instead of drink protein shakes, so she spends a lot of time eating out.

Surprisingly, Luccas is not afraid to have pizza, a burger and fries, or fish tacos with chips and salsa. However most of the time, she restricts her diet to mostly having rice and beans, and red meats.

She does not typically drink alcohol, only having the occasional drink whence is using it to pose for an Instagram photo. She also does not usually like to drink protein shakes either, preferring her protein to come from whole foods like chicken breast, egg whites, and things of that nature.

For someone who is such a popular girl on social media, Bruna Luccas tends to keep most of her personal information to herself. That does not stop her fans from growing rapidly, as she becomes more and more well known for her incredible physique and intriguing personality.

Aside from modeling, Bruna also likes to spend her free time training in jiu-jitsu, where she has trained for a while. This is just one of the many unorthodox ways that she likes to keep herself in such amazing shape, besides hitting the gym.

It is no accident that Bruna Luccas has grown in fame and popularity as quickly as she has, over the last couple of years. Between her fun loving and relaxed persona and her curvy physique, she has been blessed to grow as much as she has.