The strongest grandma you will ever see 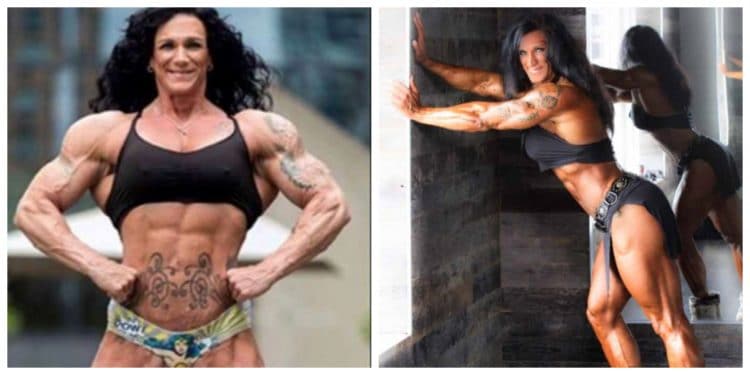 Here’s something you don’t see every day, meet Robin Hills, grandmother of three. She’s 200lbs of pure muscle with 17″ biceps. This grandmother is capable of out lifting you and your whole gym crew while barely breaking a sweat.

Miss Hills first started lifting way back in 1989 right after high school and reportedly placed second in her first competition, 4 years later in 1993. What exactly did push this swole-grandma to start lifting? The standard answer, a shy kid wants to grow confidence, discovers The Iron, grows confidence and decides to leave humanity behind.

She has, of course, been lifting heavily ever since and didn’t even let two pregnancies stop her from making sickening gainz. In order to maintain such a good physique, she has a rigorous eating and training schedule that she follows.  A day in the life of Super-grandma looks something like this;

Her day-to-day routine includes getting up at 6 am and doing 20 minutes of cardio before eating her first meal of the day which usually consists of a cup of egg whites, two whole eggs, and spinach.

Before heading to the gym she takes her second meal which consists of five ounces of chicken, cucumbers, sugar-free ketchup and spices after which she does a combination of weight-training and cardio as well as spending 10 minutes in a sauna.

Her third meal which is the post-gym meal consists of five ounces of steak and three ounces of yams. Her fourth meal includes five ounces of chicken with cucumbers and rice. The fifth and the last meal of the day is one cup of egg whites, one whole egg, spinach, and avocado. – republicworld.com

What do her kids say about her lifting? According to Robin, they are super supportive! She is a mother to Katey, 23, and Courtney, 21, and grandma to three-year-old Abel, Avianna, two, and one-year-old Wynter and they all support buff grandma in her pursuit of gainz.

Robin says when her daughters where younger they would not only regularly come to her shows they would go with her to the gym and do her hair for contests.

Joseph Baena Takes After Arnold With The Classic Challenge