VIDEO: This 80 Year Old CrossFit Athlete Is Probably In Better Shape Than You

Casey Bonilla Is An 80 Year Old Who Still Does CrossFit 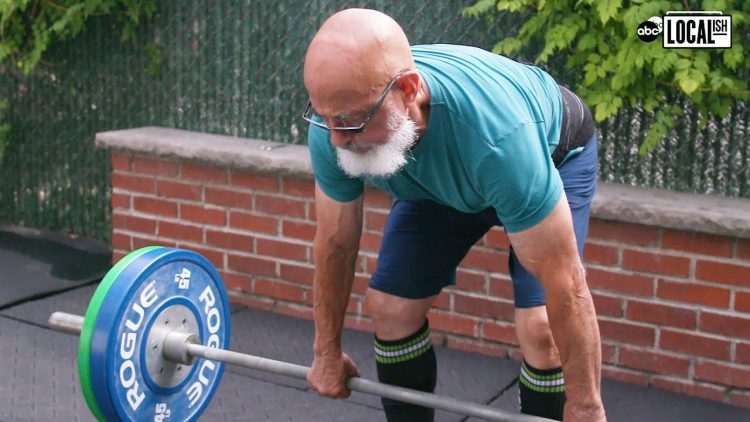 Jacinto Bonilla is not your ordinary 80 year old man. He is also a CrossFit athlete who is in incredible shape.

Born in Puerto Rico in 1939, Bonilla moved with his family to New York at the age of 6. He always liked to live an active lifestyle, starting by lifting homemade weights in his teenage years. In fact, he rigged these weights out of soup cans, which he got in his town of Spanish Harlem, New York.

This active lifestyle continued to follow Bonilla throughout his entire life, as he loved staying in shape. However, unlike most people, he did not slow down on fitness as he grew older. In fact, it was quite the contrary, as he began running a CrossFit gym out of his back yard.

Although Jacinto Bonilla was more than just an instructor at this gym, he was also a participant. As a result, at 80 years old, he is still able to accomplish some pretty big lifts. Notably, he can currently do a 325lb deadlift, and 250lb squat, which is more than most 20-year-olds. On top of that, since CrossFit is all about doing various exercises, he can also bang out 20 pull-ups like it’s nothing.

Bonilla did an interview with Local-ish, where he put some of his skills on display. Moreover, he had the 31-year-old reporter try one of his HIIT workouts, consisting of deadlifts, burpees, medicine ball throws, and air squats. After just seven minutes, the reporter was unable to keep up.

As for why Bonilla stays in such excellent condition, it’s simple. As he ages, he wants to maintain his independence.

“No matter what age I reach, I want to reach that age in shape,” Bonilla explained. “I don’t want to be dependent on anyone.”

Jacinto Bonilla is, without a doubt, an inspiration to us all. If this 80-year-old man continue to exercise at a high level, then what’s your excuse?

Roelly Winklaar Shows Off Monstrous Back Ahead Of Arnold Classic