Everyone's favorite fitness personality is back with another feat of strength 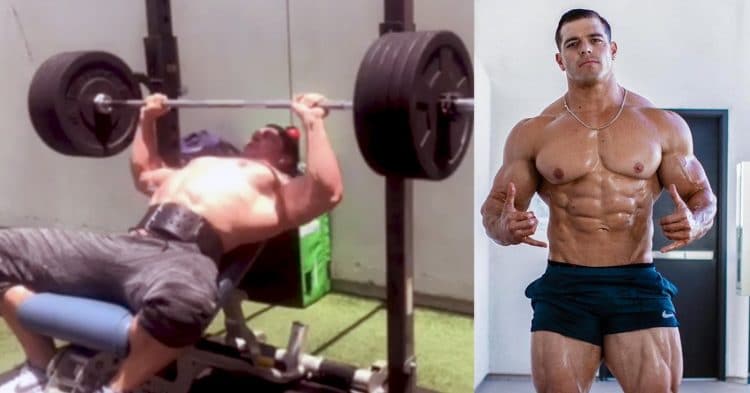 Everyone’s favorite bodybuilder and social media sensation is back! Brad Castleberry has been on the tip of everyone’s skeptical tongue for the good part of the past decade.

His “record-breaking” Instagram feats of strength have been well documented, discussed, and put through scrutiny of many social media personas and notable people from various strength sports.

However, since Brad hasn’t been posting anything controversy stirring for some time and there’s a chance you are new to the fitness industry- here’s a quick rundown.

Brad Castleberry is a former bodybuilder and powerlifter who is famous for posting Instagram and YouTube videos lifting elite numbers in various gym lifts. Mainly in the bench press, deadlift and squat. The more he posted record-shattering lifts, the more his popularity grew and the more his fame grew the more he posted.

This quickly raised quite a few eyebrows of many powerlifters and fitness enthusiasts alike who kept asking “how is this guy casually pulling elite powerlifting numbers in the gym seemingly on a regular basis ?“.

The fact that his lifts look super easy and the bar is barely bending under very heavy weight kept pointing to the fact that this guy is all smoke and mirrors. Brad tried to prove his lifts are real in a youtube video a few years back, but… he didn’t fool me.

With the history lesson and a shameless self-plug out of the way. Let’s fast forward to 2021 and Brad Casteberry’s super easy 5(45lbs)plate-RAW-incline bench press for reps.  Like I mentioned in the “introduction to Brad” segment of this article something just doesn’t add up here.

If this is supposed to be a 5x45lbs plates per side incline bench that would mean that he is pressing 495lbs/225kg RAW for what looks like warm-up reps.

Larry Wheels recently posted a video of him doing exactly that much on a fairly similar incline bench and Larry wore elbow sleeves AND wrist wraps. Larry is a record-setting powerlifter and a monster of a man that reps out 5 plates like your regular gym goer reps out 2 plates.

Check out the video

Even he, the monstrous human that he is, was having some moderate struggle with that weight while wearing sleeves and wraps. Are we supposed to believe Brad Castleberry, who is lifting for Instagram and the pure enjoyment of working out, can outlift an elite level powerlifter? A man who has been under scrutiny for allegedly misleading people into believing he lifts more than he actually does? I would say “no”. 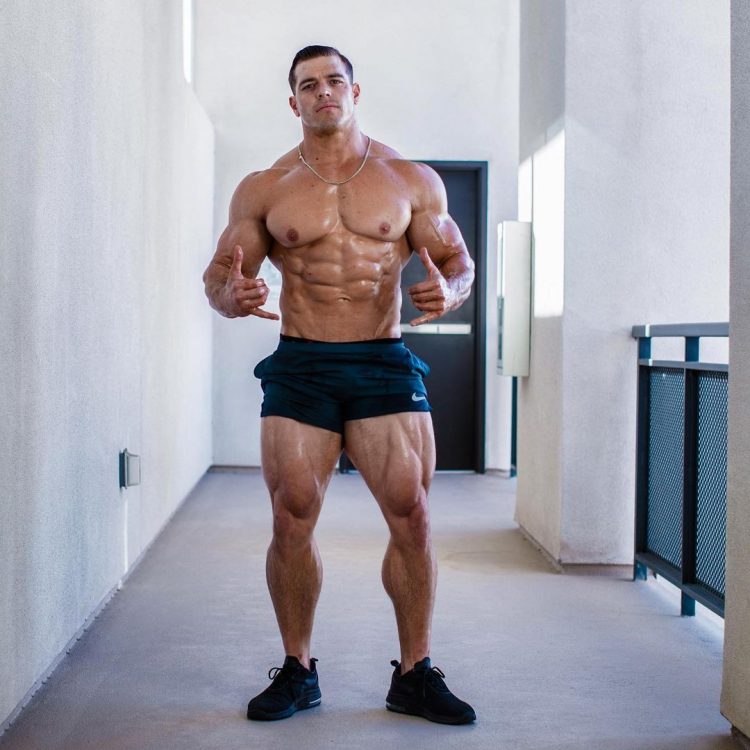 Now, since I am trying to stick to a “new year, new me“ mantra I thought we should do something different for a change. Just to spice things up a bit and give Brad the benefit of the doubt I will assume that those aren’t supposed to be 45’s and that those are supposed to be 35lbs plates.

This would make this a slightly more believable 180kg/396lbs press. In that case, I can suspend my disbelief and actually see Brad being able to lift that much for that many reps. Besides, despite the “fake weights” drama, he is actually quite strong.

Of course,  this is still very much in the Brad Castleberry smoke and mirrors category but it’s like a quality pro wrestling match. You know it’s all fake but you “turn off” your brain long enough to say “yeah, I can see this happening like this”.  Even though, I have to add that Brad does this all the time.

He posts random lifts with a bunch of plates on the bar and just reps it out. He never addresses how much is actually on the bar or how many reps in total did he do. He just leaves it open to the interpretation of the viewer. He is very well aware of the controversy his name brings and the allegations brought up against him.

So he plays off the controversy knowing full well people will assume that those are supposed to be 45lbs plates even though he never specifically says they are. Doing so, people assuming wrongly that those are indeed 45lbs plates are labeled “haters” that are just jealous of the magnificence that is Brad Castleberry.

Then, of course, the people that guess correctly that the plates aren’t supposed to be 45’s are the Instagram heroes and supporters that just raise Brad’s stock.