2x Classic Physique Olympia champion Breon Ansley plans to move to the 212 Division after this year, if there is not an increase in his weight limit 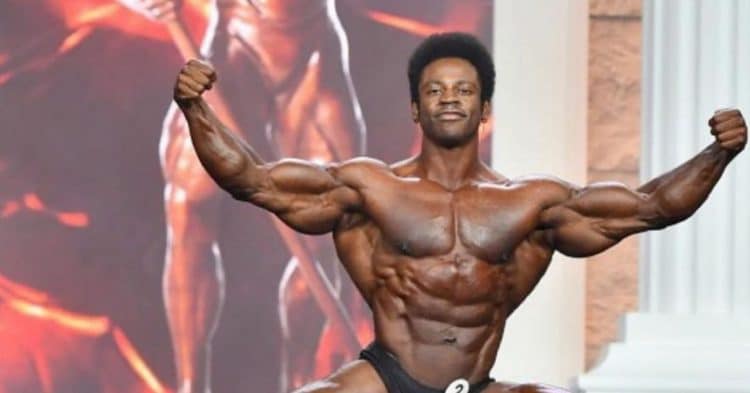 After the 2020 Mr. Olympia, fans were wondering if Breon Ansley will be moving back to the 212 Division. While that won’t be the case for this year, he says that he is giving serious thought to making the move in 2022.

While Ansley has won the Classic Physique Olympia on two different occasions, it has been while he is at the very top of the weight limit for his height. Despite that, he has still managed to find ways to improve year over year, without getting too heavy.

Of course he is still having to work within a small window with which to improve his physique. So he has given consideration in the past to moving back up to the 212 Division, where he originally started his bodybuilding career.

When Breon dropped to third place at the 2020 Olympia, fans were wondering if this could be a sign of him finally making the move. However he has shot down that idea, saying that he plans to stay at Classic Physique for this year.

That being said, when doing a recent Q&A session for his YouTube channel, Breon Ansley said that there is a good chance this will be his final year at Classic. He says that unless they increase the weight cap for his height, he will go to 212 in 2022.

“I’ll be in Classic this year. If they don’t increase the weight class, after this year, this will probably be my last year in Classic and I will move to the 212,” Ansley explained.

“I’m easily 20, 30, 40 pounds over my weight class, and I have to come down and make it. That’s the difference and when you’re in my shoes there’s only so much growth and improvement you can do.”

What Improvements Will Breon Ansley Make?

If Breon Ansley is planning on staying at Classic Physique for at least one more year, he will have to keep making improvements. He dropped to third place and there are other hungry competitors who are eager to take that spot from him too.

Of course, Breon is aware that the onus is on him to get better as much as he can. He has some plans on what to do this year, so that he has an improved package for 2021.

“This year I can make a lot of improvements,” Ansley explained.

“We’re going to achieve this by starting at a lower weight. I’ve already put on enough muscle from the past couple of years.

“So the main two things that we’re going to change, is we are going to decrease all the cardio I have to do to get in shape and make weight by staying lower, and then we’re going to keep the food high.

“Yes, we are going to keep the food high and decrease the cardio and the condition will be a thousand times better.”

Staying Positive After The Olympia

It would not be surprising to hear that Breon Ansley was disappointed with the way things turned out at the 2020 Mr. Olympia. While he looked better than ever, he was not able to get his title back like he planned.

So it makes sense that Breon would struggle with staying positive after what many would consider a setback like this. However he says he has learned to just be happy with the support he has, and look ahead to the improvements he will make.

“Right after the show it’s very difficult to be cheerful and to smile and be okay with the placing when it’s not the one you want,” Ansley admitted.

“After the emotions settle down, and I get to thinking about how grateful I am and blessed I am to have the support of (my fans), and to still be number three in the world, that’s not too bad.

“What’s keeping me going is the fact that I know that I can still improve. I can attain a thousand times better physique up there, which I am very excited about.

“I’m sure that I will do it this year, and I can’t wait for you guys to see it. I can’t wait to see it either, trust me. So the Olympia can’t come soon enough this year, for me to display that and for me to hit on all cylinders.”

“I haven’t hit on all cylinders yet at the Olympia. That includes the wins and the losses,” Ansley added.

“I haven’t hit on all cylinders like I want to, so it’s encouraging to know that we have some set, concrete goals in place and some methods in place that we’re going to go about this year, that we’re pretty confident in to achieve that look and get another title.

It will be interesting to see what changes Breon Ansley is able to make this year. Not to mention the thoughts of how he would do back up in the 212 Division. Time will tell how it all plays out.