Life and Accomplishments of Dani Speegle 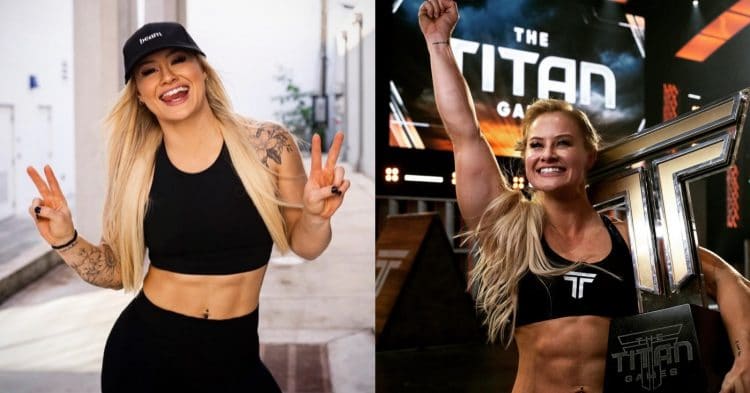 Dani Speegle is a name that was already revered in the CrossFit community, well before she won in the female division of the NBC Titan Games. It’s not that huge a surprise, considering she’s been crushing comps almost from the moment she became a CrossFitter.

She’s not just gorgeous. Dani Speegle has shown she has the intelligence and the mindset to take her fitness game to the next level, every single time.

Because of that, the United States is proud to call her their own, since September 2015 when she began her competitive career.

Today, she is beloved by many and is always showing her social media supporters just how effortless she makes CrossFit look.

Here’s how it all started.

Dani Speegle showed she had what it took to become something big in fitness from her earliest days of athletics. She spent her childhood enjoying sports such as soccer and diving, two sports that require skills that are desperately needed to succeed in CrossFit.

In other words, Dani Speegle has been competitive since her earliest days.

In her teenage years, Dani began making her athletic prowess show by expanding her versatility in sports. Soon she was participating in volleyball and track. While in college, she participated in whatever she could, with her primary passion being just engaging in fitness and sport to compete and succeed.

Dani Speegle’s athletic career shows that she has the taste for the win. Just after college, she began working with a gym coach Asante Richards. By September 2015, he was encouraging her to try her hand at CrossFit.

Dani took his advice and her workouts to a CrossFit gym. She loved it, and she loved the sense of community that she found in the CrossFit world. It was only a matter of a few months before she began to fall in love with a sport that would be versatile enough to test all of her skills.

As 2021 opened up, Dani Speegle took her success to her fans to inspire them to “Crush our goals.” She wrote a post on Instagram showing how much she loves to do better, and wants her supporters to do the same.

Dani Speegle has a long list of personal records at the gym that rival many in the world.

Dani Speegle’s competitive career began 6 years ago. By 2016 she was competing as an individual in the female category, and claimed victory at the South East Regionals. By the end of the year she was ranked 2,926th in Florida, and 51,100th in the United States.

It was 2020 when she won the NBC Titan Games. She took the victory to Instagram to thank her supporters, and those whom had told her she was an inspiration. She even thanked her fellow competitors.

“The secret is officially out, ya girl won. So much to say and so many emotions right now…..thank you to YOU guys for all the love and support throughout this entire experience.

Thank you to all the moms and dads out there who sent videos of their little ones cheering me on. Thank you to everyone who reached out letting me know I have inspired them in some way! I love you all!!”

When it comes to training, Dani Speegle likes to mix it up. You have to when you are a CrossFitter. She prefers heavy compound weights that push her body to its growth potential. Dani also likes isolation movements and being able to condition specific body areas at a time. She also works out to build fat without losing muscle.

It is said that she works out approximately 5 or 6 times a week, and has one rest day for recovery.

Like many CrossFitters, she also likes to hit the outdoors and use that as a gym. In one post on Instagram she reported a mountain climb that had the following specs:

Dani Speegle also posted on Instagram that she was recently asked how she uses her beam on days when she is not at the gym. This is her normal routine that starts early in the morning:

By 6:00 p.m. she is bathing her lower half in the “fixer” so her joints “don’t feel like trash tomorrow.” She also uses nighttime dream powder in the evenings.

Dani Speegle is a staunch proponent of the clean diet, much like many other CrossFit athletes. She doesn’t cut too many foods from her diet, but focuses on healthy eating that nourishes. She does have a few cheat moments here and there as well.

Dani Speegle does not post much about her personal life, but she is always crediting her coach Asante Richards who started it all for her. She has also been known to be inspired by fellow CrossFit athlete Brooke Ence who she has described as inspiring in multiple ways.

What she may not know is that others describe Dani Speegle in exactly the same way.

She is a woman of worth, a fitness icon and influencer, and inspiration to many.