After drowning during a surfing accident, Brandon Abo's life and family is being celebrated by the CrossFit Games community. 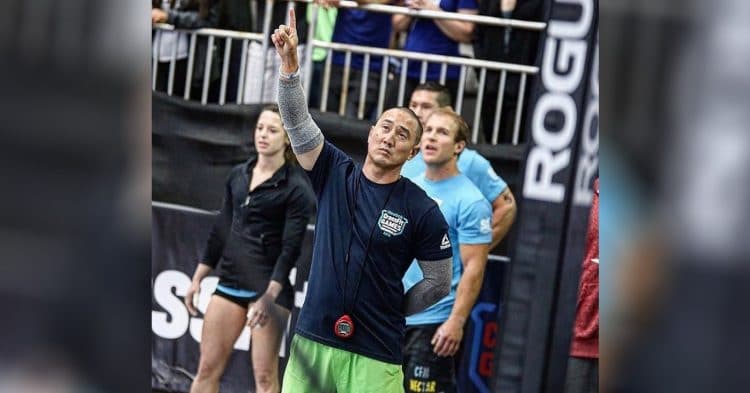 In 46 years, he lived a full life, and that is how the CrossFit community will remember Brandon Abo who succumbed to drowning in Huntington Beach, California, the weekend of September 18th, 2020.

Brandon Abo was a beloved CrossFit Games judge, who also ranked in the top 8,500 worldwide and the top 5,000 CrossFit members in the United States.

But it was judging the CrossFit Games for which he is being remembered the most for in the community. Fellow judge Mel Ramirez honored him on Instagram, saying, “He loved this community and we loved him right back.”

Abo leaves behind a son Solomon, who he affectionately referred to as Solo, a nickname derived from the inspiration of the Jedi force in Star Wars.

A brief look at his life reveals a man that seemingly felt there was nothing Abo couldn’t do. His Twitter page reveals a warrior love for social justice, and a love for his fellow humans through volunteer work with seniors during the pandemic.

His work with seniors was work he continued for his mother when she passed the torch to him through her own passing just three months ago.

He also just this May 2020 received his Master of Arts in Teaching at the University of Southern California.

His volunteer work extended into the CrossFit community, where he was a judge and volunteer for CrossFit Games in Carson and California-state Regionals. His own last benchmark statistics listed on the CrossFit games site include 375lb deadlift and 325lb back squat.

It was 2018 when he began working from the deadlift to the judging table at the 2018 West Regional CrossFit Games. In the little spare time that he had outside of studying, CrossFit, and surfing, he was also a foster family for rescue dogs in the Cavalier Rescue program, a program he enjoyed discussing on social media.

“I’m very saddened to hear of Brandon’s passing. Brandon was a part of a small group of dedicated judges and volunteers you could count on year after year. He was always a great asset to the team, hardworking, and adaptable. My deepest condolences to his family and friends.”

A celebration of life in a Paddle-Out and Beach Clean-up in Brandon’s honor will be held on October 3rd in Huntington Beach. That will take place at Huntington Beach Pier North Side-tower 2 at 7:30 a.m. PST. An informal beach clean-up will follow at 9:00 a.m. PST for those who do not wish to paddle out.

A memorial page titled “Remembering Abo” is being hosted by LAX CrossFit on Facebook, where donations are being collected for the Abo family.