Describing the two-movement CrossFit WOD, five-time Fittest Man on Earth® Mat Fraser calls it "one of the hardest" he's done. 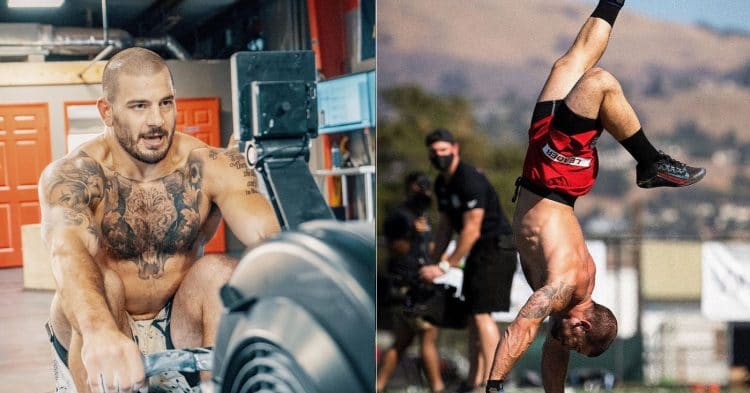 If it’s tough for history-making Mat Fraser, it’s going to be an intense workout.

Five-time Fittest Man on Earth® Mat Fraser has taken to Instagram to describe a workout that he is describing as “one of the hardest I’ve ever done.”

Mat Fraser recently won his fifth title in a row as Fittest Man on Earth® at the 2020 Reebok CrossFit Games finals last month. He put himself on the map of the world, again, by placing first in 10 of the 12 events, locking in his spot as #1 on the podium, and keeping his title.

His biggest challenges over the 2020 CrossFit Games were the CrossFit Total event which he lost to Jeffrey Adler. He also lost to Samuel Kwant in the Swim ‘N Stuff event, and lost to Kwant by just under nine seconds.

This week, to ensure he kept feeding his hungry fans, Fraser shared a two-minute workout on Instagram. The movement was an every minute on the minute movement (EMOM) that lasted for 20 minutes. The movement went back and forth on odd and even minutes.

The first movement was to cover the odd minutes, to burn 24 calories on the assault bike. The second movement was for the even minutes, and consisted of 18 GHD sit-ups.

Mat wrote on Instagram, saying it was one of the hardest workouts he’s done, and his fans didn’t disappoint in response.

He described how to accomplish each task, saying,

I did the workout early in the season, so I’m sure that contributed to why it was such a tough test. The goal on the assault bike is to use a majority of the minute and hold steady wattage across all the rounds (I think I was around 650-700 watts). The goal on the GHD is to just stay consistent and practice catching your breath while still working on the movement. #HWPO #FRA5ER

He then encouraged his supporters to tag him and let him know if they wanted to give this one a try.

Ever the supporters, the comments from Fraser’s followers sounded like, 20 seems like a super high number, dude. They acknowledged his efforts, and uplifted him as a hero with the knowledge that he was doing something that seemed almost impossible to them.

One follower said, “I can do 2. I think there’s a zero that doesn’t belong.” Another noted the same thing, “I could definitely do this…if I changed it to a 2 min EMOM.” One commenter echoed, “Who in their right mind would try?”

Right behind many of these comments was two-time winner of the Fittest Woman on Earth® title, Katrin Davidsdottir telling Mat, “This. Day: was a GOOD ONE!!”

Katrin Tanja Davidsdottir was also one of the finalists at the 2020 Reebok CrossFit Games, and took the number three spot on the podium this year, behind first-place winner Tia-Clair Toomey and second place Brooke Wells.