Brandon Curry details his gameplan to beat Big Ramy and recapture his Mr. Olympia title in 2021 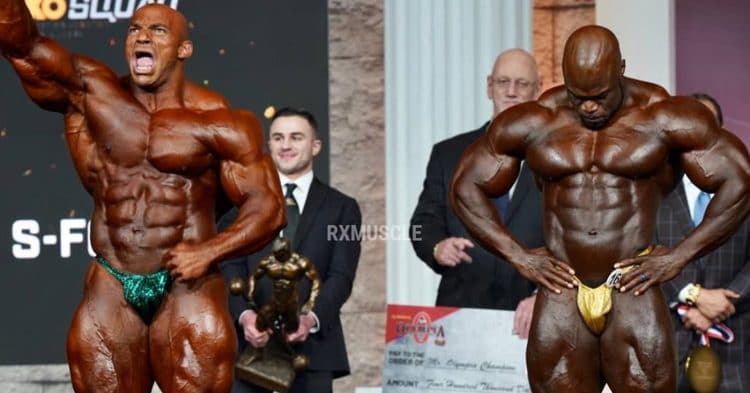 After a year that was expected to be about Brandon Curry and Phil Heath facing off, Big Ramy pulled off the surprise win at the 2020 Mr. Olympia. However Brandon is not confident in Ramy’s ability to keep the throne.

Heading into last year’s Olympia, Curry was the reigning champion and was looking to retain the title. However a returning seven-time champ Phil Heath looked to spoil the party, and the talk leading into the contest was about these two.

In the end though, it was Big Ramy who got the nod on the scorecards, after looking better than he ever has before. He scored first place in both days of competition, winning the 2020 Mr. Olympia.

That being said, Brandon Curry is not entirely sure that Ramy will be able to maintain his physique to have a dominant reign as champ. Speaking in a recent interview, the former champ revealed his plans to beat Ramy this year.

For starters, Brandon says that he is not interested in trying to outsize Ramy. He just wants to bring a more streamlined physique and make steady improvements.

“With Ramy, he has the kind of physique where I’m not going in like I was going in against Phil Heath,” Curry explained.

“I’m not going in trying to maximize all the detail, all the everything, because I’ve got this guy that I’m going to stand next to that’s really big.

“That doesn’t mean I’m going to outsize him by any means, but I think comparatively a conditioned but fuller physique will compare better to Ramy because it allows some of my body parts to pop a little bit more.”

From there, Brandon Curry explains what areas he feels that he can improve on, bringing up his lower body and improving his back. With that said, he expressed doubts in Ramy’s ability to get better like Brandon can, or even be consistent.

“My job is to still improve and if I continue to improve, I think that will give me an advantage coming into 2021.”

Brandon Curry does raise a good point about the inconsistency that has plagued Big Ramy throughout his career. It will be interesting to see how these two compare when they rematch later this year.