Brandon Curry Reacts To Getting 2nd At 2021 Olympia: ‘I Gave It My Best’

After suffering his second straight runner-up placing at the Olympia, Brandon Curry is keeping positive 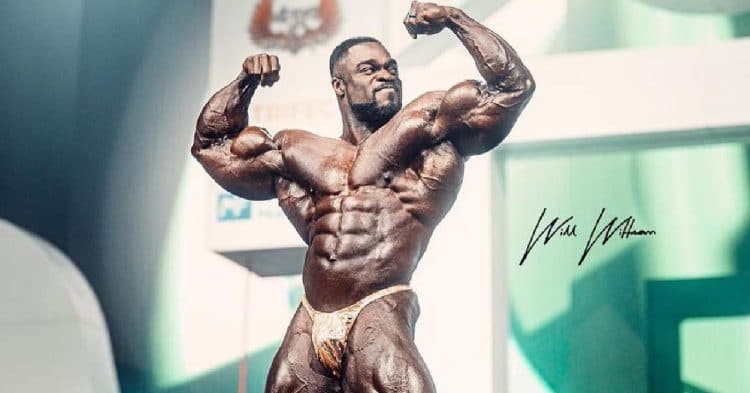 Former champ Brandon Curry came second place to Big Ramy for the second time in a row, at the 2021 Mr. Olympia. However despite the result, he is still happy with his performance, and is staying positive moving forward.

Curry was returning to the Olympia stage with a vengeance this year, after dropping his title to Ramy the year prior. He spent the entirety of his prep for this year feeling like he knew exactly what improvements he needed to make, in order to dethrone the king and get his throne back.

In the end, Brandon certainly made some real improvements and brought a better package to the stage, but ultimately fell short to Ramy again, coming in a closely contested second place. Following this, he took to his Instagram to give his thoughts on the contest, expressing how positive he was feeling because he knew he brought his best to the stage.

“2021 was another one for the history books!I gave it my best and managed to pull off a 2nd place battle against the current champ @big_ramy. Congrats to him on his performance and for retaining his title!” Curry wrote.

“I fell short according to the judges, but I have zero regrets because I did my absolute best and the rest was in their hands.To be in the top 2 in the world for 3 consecutive years is my historical moment for the year. Each year I find something significant in the outcome and that was that moment for me. I want to say thank you to @dansolomon_official and the entire @mrolympiallc team for putting on a stellar show once again! It was great to compete in front of such great, full audience!”

Curry went on to thank all of his friends, team, and family for their support throughout the tough prep season. He then concluded by promising he would be back, assuring his fans that this was far from the last time we would see him onstage.

Truthfully, Brandon has absolutely nothing to be ashamed of considering how good he looked. He and Big Ramy both brought incredible packages, and they were fairly close on the scorecards, so it was really just a matter of preference, more than Brandon missing something.

When all is said and done, Brandon Curry is still one of the best bodybuilders in the world today. It will be exciting to see him return to action next year, and contend for the Mr. Olympia title once more.

The 8 Best Compound Triceps Exercises for Size and Strength