Samir Bannout gives his thoughts on the current state of bodybuilding, and where people go wrong when getting started in the sport 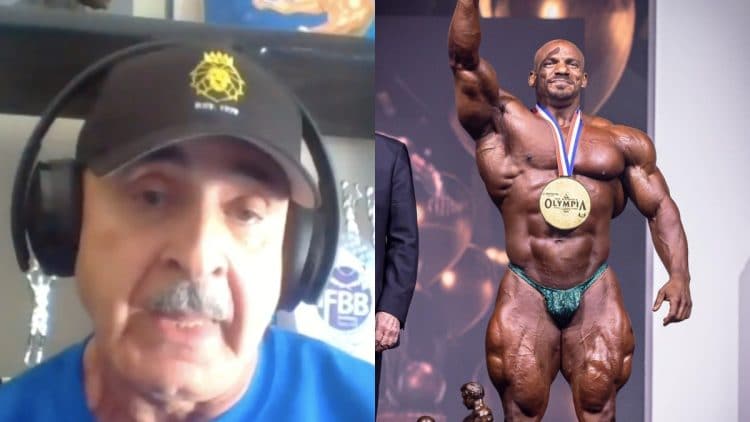 As one of the first seven men to hold the title of Mr. Olympia, it is safe to say that Samir Bannout is pretty knowledgable about what it takes to be an elite bodybuilder. However he believes that a lot of these attributes are missing from the current crop of top athletes.

Bannout is just one of the latest in the line of golden era bodybuilders to speak up about the way bodybuilding has changed. However in his case, he believes it all starts going wrong during the early stages of an athletes journey into the sport.

Speaking in a recent interview, the bodybuilding icon explained that there are a lot of mistakes that people make when they first start going to the gym, namely with the performance enhancers that they choose to use. He says that athletes should always consult physicians about what to take and how much, and make sure that they buy quality goods.

“That’s the problem. I trained for seven years, and I never took anything. I will never bulls—t you, I’ll tell you exactly what I’ve done. The harshest oral, I used anadroll for a period of time and the I blew up. I was huge,” Bannout said.

“Don’t f—k with it, if you’re not competing. If you’re competing and you have to face guys like Dennis James, Dorian Yates, then of course you need that competitive edge, but do it with caution. Talk to an expert, someone who’s been there, done that. Go to your doctor. We’re not going to tell you to do it in a barbaric way.”

This then led to the discussion of the current crop of top bodybuilders, and overall Samir Bannout is not impressed. He feels like the overall quality of muscle that is on stage is not very good, with athletes instead focusing too much on size.

This even extends to 2020 and 2021 Olympia champ Big Ramy, who Samir feels had a pretty decent physique for the most part. However he says even Ramy needs to focus more on improving the quality of his muscle, and ease off of the mass training for a while.

“I love mass, but I don’t see that onion skin… Ramy, in my opinion, that’s the best he ever looked (at the 2020 Olympia). He peaked properly. Why? Because he learned from experts who had been there and done that. No disrespect to everyone around him, there was a lot of guys who were capable of winning the Olympia, but Ramy that day, he was onion skin,” Bannout said.

“I would love to see Ramy to stay healthy and focus on that old school look. At the end of the day, guys like Ramy don’t need size anymore. What for, he’s beyond massive. I would focus more on his calves, I’d bring his calves up. I wouldn’t train size for like a year, shrink his size a little bit and bring more harmony and beauty to his body.

“What bothers me now is the quality is not the same,” Bannout added. “If it’s not 24 karat gold, I’m not impressed. If it’s over 18, it’s okay, but taking it to 14 karat, that’s not acceptable in my opinion. Then we start looking at metal. Quality is important.”

This is some interesting assessment from Samir Bannout, who knows a lot about being an elite bodybuilder. Whether or not you agree, it is hard to not show respect for someone like him.

Brandon Curry Reacts To Getting 2nd At 2021 Olympia: ‘I Gave It My Best’