Brandon Curry details his gameplan to beat Big Ramy in the 2021 Mr. Olympia and regain his throne 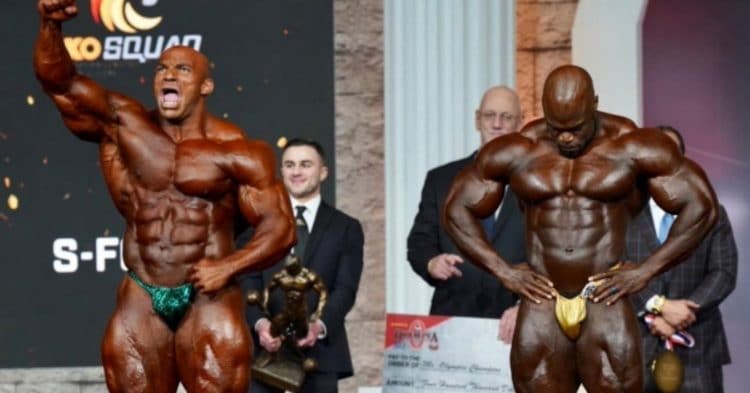 There was nobody on stage at the 2020 Mr. Olympia who stood a chance against the package that Big Ramy brought. However former champ Brandon Curry feels like he knows exactly what it will take to win back his title.

Heading into last year’s Olympia, all the talk was about Curry facing off with Phil Heath. The seven-time Olympia winner was making a return, and Brandon was looking to legitimize his 2019 win in the eyes critics.

Nobody expected Big Ramy to ascend to the throne in the way that he did, bringing his best package to date, despite needing a special invitation to compete. It was an insane physique that saw him winning both prejudging and finals to become the 16th Mr. Olympia in history.

However just because he got beaten last year, does not mean Brandon Curry is giving up on his plans to regain the throne. In fact, he believes that he knows exactly what he must do to get the title back.

Speaking in a recent interview, Brandon explained that he feels like Ramy has some points of weakness that he will be able to exploit. When he puts his focus into building a package to beat Ramy, rather than one to beat Heath, he says he will certainly come out on top.

“In order to stand next to (Ramy), I just need to bring a little more fullness to the physique. Still bring the conditioning in tight, but we just need to be a little fuller downstairs specifically, and upstairs,” Curry said.

That said, Brandon Curry was not dissatisfied with the overall package he had. While he feels like there was more that could be done with his fullness, he did feel like his conditioning was on point.

“I was pleased with the level of conditioning, but that’s not my preferred look. I like to be full. I do like to be fuller, I like to be rounder. That’s just my personal preference, but I was willing to sacrifice what I like in order to push myself to a new boundary and do what I set out to do, beat Phil,” Curry said.

“Me coming in fuller, me coming in rounder, it’s just different and I like that look on me. That’s what we’ll do.”

Whether or not he can get back his title remains to be seen, but it can not be denied that Brandon Curry is motivated and has a well thought out plan. It will be interesting to see him on stage with Big Ramy again, with a potentially different package.