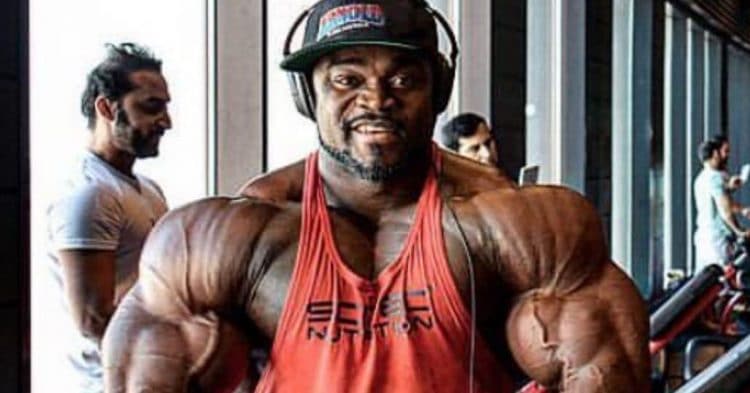 Like most champions, Brandon Curry knows that he has to constantly improve in order to stay at the top of the heap. He recently shared the killer workout that he is using to bring up one of his weaker areas.

To put it simply, there is not a lot that Curry has to do to be the best bodybuilder in the world. He proved that in the biggest way possible in 2019, by ascending to the top of the sport and winning the Mr. Olympia title.

Last year saw him drop a little bit, coming in second place to Big Ramy despite looking better than ever. This lit a fire under him, and he has vowed that the next time his fans see him, he will bring a completely different package, carefully designed to dethrone the new champ.

The first step in Brandon Curry being able to do that, is by continuing to bring up his back, which is something he did fairly well at in 2020. After all, anybody who has seen Ramy compete, knows that his back is one of his best attributes.

In the efforts to do that, Brandon posted a video to his YouTube channel, detailing the intense workout he is doing to thicken things up. While he is not at the point where he is pulling out all the stops, this proved to be a good place to start.

“We’re going to get into some lower lats, show some exercises that really isolate the lats, and then do some moves that are, I like to say, alternative to some traditional moves on different devices we have in the gym.”

With that preamble out of the way, and admittedly hyped up on pre-workout, Curry started hitting the weights, beginning with some pulldowns. He explains the importance of elbow position during this exercise, to maximize the gains.

He then does a variety of different workouts, with the brunt of them being done one arm at a time. He believes that this allows him to have a better range of motion and not have to worry about your back position.

The meat of the training session came when Brandon Curry decided to do some t-bar rows, using Flex Wheeler’s Black Widow attachment. After finishing those sets, he does some other row variations, before concluding with cable pulldowns.

With this workout, Brandon Curry promises that he is going to have the thickest back on the Olympia stage in 2021. Time will tell if that ends up being the case, but there is no doubting that he is putting in the work to get there.