Brad Castleberry hints at a return to competition after a long layoff, and suggest that he may compete in Classic Physique 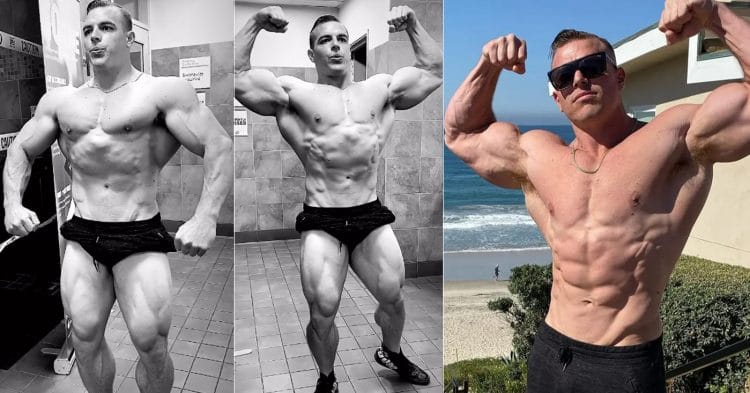 Without a doubt, Brad Castleberry is one of the most notorious figures within all of the bodybuilding community. He recently showed off a physique update that has people questioning if he might be trying to make a move to Classic Physique.

Love him or hate him, it is impossible to deny that Castleberry is one of the most physically talented athletes in the world. Initially starting off as a football player he transitioned to the world of strength sports, where he has found success and popularity among online communities.

The only thing that has somewhat hindered him over the years, is the “Gym Bro” nature of his personality. That said, his crazy physique and solid strength has still led to him finding success and fame on social media.

In fact, it was on Instagram that Brad Castleberry recently shared a physique update which got the bodybuilding community buzzing. It was here that he shared a video, hitting a variety of classic bodybuilding poses.

This is no coincidence either, as in the post Brad hints at the idea of competing and trying to earn an IFBB Pro Card. Not only that, but he even suggests that he may try competing for the Classic Physique Olympia throne.

“What are your thoughts on me training to compete in the 2021 @mrolympiallc classic bodybuilding??”

Naturally, this physique update, as well as his comments, got people questioning what kind of chance Brad Castleberry stands as a Classic Physique competitor. Of course, it would take a lot of work for him to make it to a Pro level, but he looks like he is in pretty decent shape.

In terms of his chances at Classic, Brad has a lot of the upper body proportions that the judges like to see from those competitors. On the other hand, his midsection leaves a little to be desired, and his legs have some room to grow too.

Of course, Castleberry undoubtedly works hard, and could easily make some of those improvements. For example, here he is a few days early, working on his legs with some massive squats.

Time will tell if Castleberry is actually serious about trying to put his focus into training for a Classic Physique debut. If that does end up being the case, it would be fascinating to see how he can develop his physique for the stage.

The fact of the matter is, if Brad wants to compete on stage, it would require him to put in a lot of hard work. For someone who has notoriously and repeatedly been accused of using fake weights in the past, that means he can no longer cut corners.

How do you think Brad Castleberry would do if he competed on stage as a Classic Physique bodybuilder?

Floor Press Vs. Bench Press – Which One Should You Do?