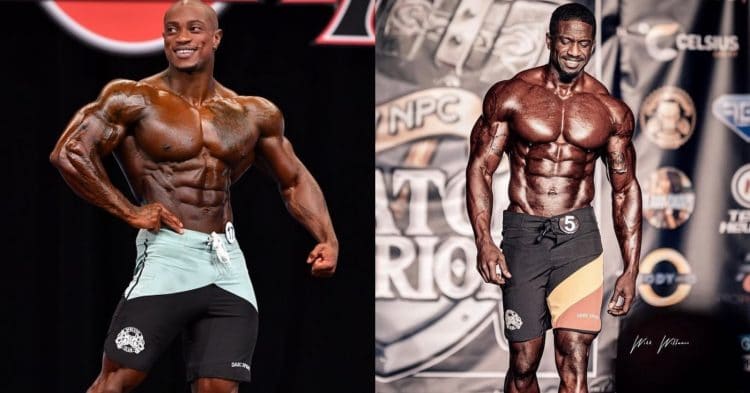 Three-time Men’s Physique Olympia champ Brandon Hendrickson was able to regain his throne at the 2020 Mr. Olympia. However that came only after being apparently assaulted in a parking lot by fellow competitor George Brown.

Heading into the 2020 Olympia, Hendrickson had a chip on his shoulder. He had won the Men’s Physique title in 2018, but dropped it in 2019 when he fell to fourth place, so he looked to make a statement.

That was precisely what he did too, as Brandon recaptured his title and showed a massive amount of improvement from his previous outing on the Olympia stage. It was an impressive showing that saw him best everyone in his wake.

As it turns out, this win did not come without its share of difficulties.Not the kind that you would normally expect a few days before winning a world title though, as he explained in a recent interview.

Here the champ revealed that he had a disagreement with his then-coach Mandus Buckle, whom he stopped working with a short time prior to the Olympia. Then at the host hotel a few days before the event, fellow Buckle client and Men’s Physique competitor George Brown allegedly assaulted Brandon.

“I left Mandus, and George is with Mandus,” Hendrickson began to explained. “After the show, after all my shows I give Mandus money for whatever, just to be my coach. He doesn’t ask me for anything, I just give it to him. So I left him, now he’s asking for the money two weeks out. He’s asking me to pay him whatever I owe him…some $700.

“My lawyer’s like ‘Leave Brandon alone, he needs to do his show. We’ll focus on the money after the show.’ George Brown, two days out at the meet and greet, the Thursday, he bumps my elbow. He was like ‘You know you owe that n-word Mandus money, $700.’

“So I looked at George and I’m like ‘You have nothing to do with this. This money that I owe Mandus is about me and Mandus, it’s not me you,'” Hendrickson continued.

From there, Brandon Hendrickson explains the toll that this incident took on him mentally. He felt conflicted between going to the police that night, and trying to stay focused on his forthcoming competition.

He also goes onto to ponder what George Brown was thinking, worrying about being a “bill collector” this close to the Olympia. Nevertheless, he says that he has settled up with his former coach, and that the beef has been squashed.

“I’m not saying nothing wrong. I’m just telling what happened. I ended up winning the show, it’s over. There’s no more beef, there’s no drama. It’s done,” Hendrickson said.

On the one hand, Brandon Hendrickson says that the drama is over with he and Mandus Buckley. On the other though, he confirmed that he is taking George Brown to court over the supposed assault.

This is quite the intense story, and makes Brandon’s win at the 2020 Mr. Olympia all the more impressive. It will be interesting to see how he performs this year.