Life and Accomplishments of Brandon Hendrickson 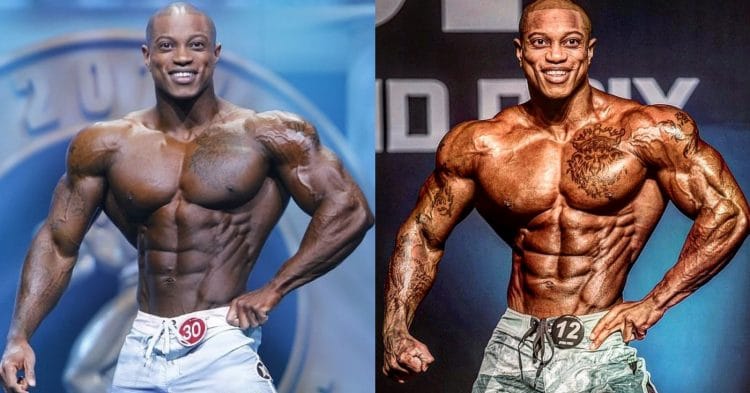 Over the course of his career, Brandon Hendrickson has established himself to be one of the best Men’s Physique bodybuilders in the world. He holds multiple Olympia titles to back that claim up.

Today we look at how he went from a scrawny kid to one of the best athletes in the world.

Born in Chicago, Brandon Hendrickson was always involved in sports in school. Growing up, he did everything from wrestling, to track and field, and playing football.

By the time he graduated from high school in 2005, he was an athletic by scrawny 145lb. He enrolled in college, but had interest in modeling, so he started working with an agency and getting involved in the industry.

While things started proceeding in this field, Hendrickson was hitting the gym more often, in order to stay in shape. It was during this that he began to enjoy the process of working out, citing his love for the pump and started adding mass.

That being said, Brandon did not decided right away to pursue bodybuilding. Instead he kept on modeling while he earned his degree in healthcare management, eventually getting a job as a hospitality manager in a hospital.

While Brandon Hendrickson initially started hitting the gym because he wanted to get big, it was not long before it was suggested he try his hand at bodybuilding. He finally agreed in 2013, competing at the NPC Junior Nationals.

While he scored 7th here, he was drawn to the enjoyment of being on stage. So he would bounce back quickly, to win the 2013 NPC National Championships, in the Men’s Physique Class B.

It was at this point that he earned his Pro Card and knew that he was destined to make a career out of this sport.

Brandon Hendrickson made his professional bodybuilding debut at the 2014 IFBB Mile High Pro, scoring seventh place. He continued to perform at this level throughout his first several contests.

However he was still getting better with every contest, until he landed his first pro win at the 2015 IFBB Tampa Pro, proving himself a legit threat. This punched his ticket to his first Olympia, where he wound up in 5th place.

After winning the 2016 Arnold Classic, Hendrickson decided to leave his day job behind and put his entire focus into bodybuilding. Each year he was showing exponential growth, having added about 70lb of pure muscle.

Brandon made his third appearance on the Olympia stage in 2018. This would see him realizing his full potential to win the Men’s Physique division’s title and prove himself to be the best in the world.

While he would not retain that title in 2019, dropping to fourth place, Hendrickson was not deterred. He tightened his package up again, and won the 2020 Mr. Olympia, and has the potential to keep a long reign as champion.

It is very rare that Brandon Hendrickson works out for more than 90 minutes a day, five days a week. The only exception to that is when he trains his favorite body part, shoulders, where he may workout for up to two and a half hours.

He has a tendency to adjust his workouts based on what type of goal he is working on. For example, if Brandon wants to drop his body fat ahead of his contest, he will increase the intensity of his workouts.

Below is the training split of Brandon Hendrickson:

In addition to the above mentioned split, Hendrickson also works his abs and cardio nearly every day of the week. This is that workout:

With someone who takes their competitive drive so seriously, Brandon Hendrickson rarely strays away from his strict diet. He eats no junk food, consumes no alcohol, and eats clean year round.

Some of Brandon’s favorite foods include:

Every once in a while, Hendrickson keeps himself sane with an occasional cheat meal. His go-to cheats are pizza, lasagna, and chocolate.

As far as supplements are concerned, Brandon keeps things simple and consistent. He says that he never uses steroids, only resorting to creatine in the off-season, and the following supplements the rest of the time.

When it comes to inspirations, Brandon Hendrickson gets motivated by Flex Wheeler, Kai Greene, and of course, Arnold Schwarzenegger. These people are who he credits for his start in the sport, and why he keeps trying to improve.

Outside of competing, Brandon stays busy in the fitness industry, with his role as a personal trainer. He owns Big Waves Fitness Training, where he promotes healthy living through fitness.