Breon Ansley Is ‘Hungrier Than Ever’ To Win 2021 Olympia

Breon Ansley discusses the landscape of the Classic Physique division ahead of the 2021 Mr. Olympia 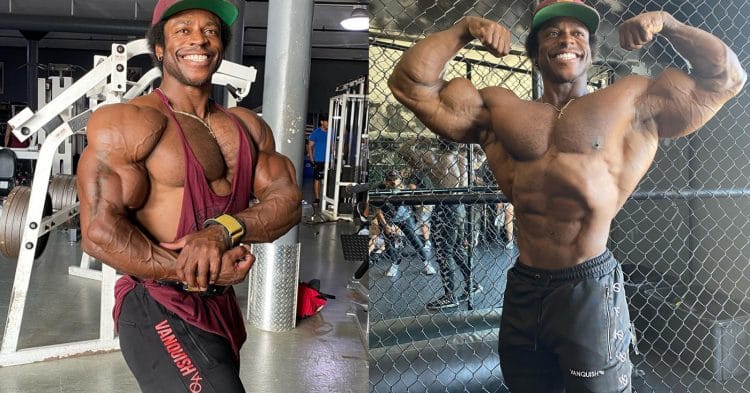 Two-time Classic Physique Olympia champ Breon Ansley dropped to third place at the 2020 Mr. Olympia. Heading into this contest, he says he is super motivated to get his title back, but knows that the competition is stiff.

After narrowly losing his title by one point to Chris Bumstead in 2019, anticipation was high to see he and Ansley battle it out on stage, and determine who the best in the world was. After an intense on-stage performance from both men, fans were stunned to see that Terrence Ruffin was able to sneak between them, pushing Breon to third place while Chris won his second title.

Speaking in a recent interview, Breon explained that he is hungrier than ever to compete and win at the 2021 Olympia, this October. That being said, he knows that he is going to be up against some of the best in the world, and that winning will be no easy task.

“The third one means so much, so this one is going to be as tough as ever,” Ansley continued. “Chris (Bumstead) is looking as good as ever. Terrence is coming in, going to really try to make his presence felt again. And everybody else that was in the top five, and now the new guys that we were talking about.

“You can really see and feel it this year that Classic is what we all had envisioned as far as competition from top to bottom, and the look from top to bottom… That’s how I see Classic, as far as just the top ten, fifteen guys all look phenomenal, with all the parts, with shape, with conditioning, with presentation. As tough as ever, it’s going to be this year, but I’m definitely looking forward to meeting the challenge and going after it.”

Breon Ansley will have the chance to stake his claim for being the best Classic Physique competitor in the world when he steps on stage at the 2021 Olympia. It seems like he knows he is in for a challenging run, and he is ready for whatever happens.