Terrence discusses his plans on being Chris Bumstead, and what he needs to do to win the 2021 Classic Physique Olympia 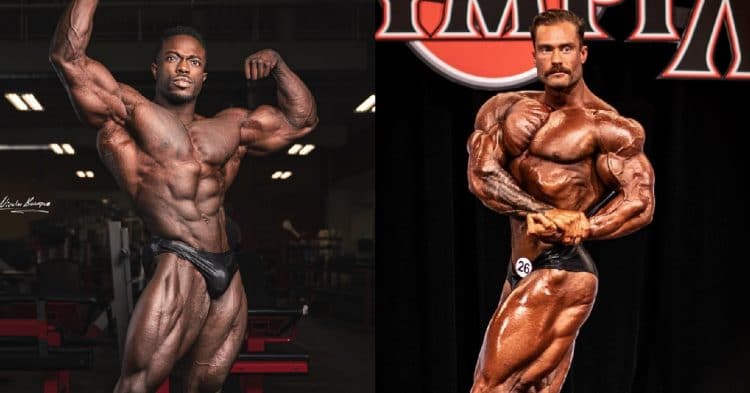 Terrence Ruffin came second place in the classic physique division at the 2020 Mr Olympia. He plans for that to change this year, and says he knows exactly what he has to do, in order to be reigning champ Chris Bumstead.

For many, Ruffin seemed to have appeared out of nowhere. He had obviously been a very skilled competitor, who was never far from the top of the pack, but few were expecting him to get a better score than former champ Breon Ansley, at last year’s Olympia.

This has him coming into this year’s contest, feeling more confident than ever in his abilities to take out Bumstead. Speaking in a recent interview, Ruff Diesel laughed off the idea that Chris was going to be a five-time champion like he plans, saying that he knows he has what it takes to dethrone the king.

“”It’s funny, people ask me that all the time. They’re like ‘What are you going to do differently?’ but it doesn’t matter who’s the champ, whether it’s Breon or Chris. My weaknesses are my weaknesses. I still have to bring those up, regardless of who’s there,” Ruffin said.

“I think it’s possible (that Chris can be a five-time champ), but I bet Breon had the same expectation to win five. I bet everyone does. Personally, I love Chris, but I would like to be the guy that ends his reign, just like I was the first guy to beat him in the sport.”

While it is true that Terrence Ruffin has beaten Chris Bumstead in the past, Chris has improved exponentially since then. So that raises the question of what Terrence can do differently now, in order to get an edge over the champ.

He believes that his overall shape and proportion will be enough to sway the judges, so long as he makes a few key adjustments. He says he could use a little more mass in the right spots, but for the most part it is about tweaking things in the right way.

“I beat him just on proportions and the completeness of my physique. I think I have a very unique physique. Just the way I beat him before. He’s always been bigger than me. I beat him back in 2016 at the Dayana Cadeau Classic, and he didn’t gain too much size. I think if we had to compare physiques, mine has improved a lot more in that timeframe,” Ruffin explained.

“I think I could use a little more in my hamstrings, my biceps, my upper body… I think size in the right areas can definitely help me. Beside that, I think my posing is good, my conditioning is always on point.”

Time will tell if Terrence Ruffin will be able to make those adjustments to dethrone Chris Bumstead. The champ has been looking impressive while prepping so far, so Terrence certainly has his work cut out for him.