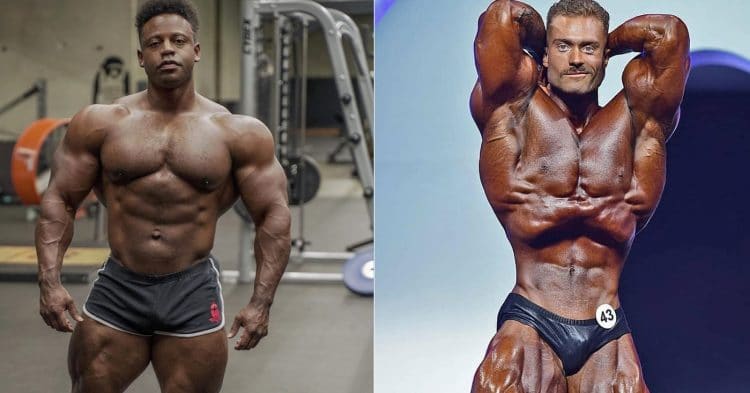 The rivalry between Breon Ansley and Chris Bumstead has been heating up big time lately. Now it seems to be amping up to a new level, after a recent exchange between the two on social media.

When Ansley won the Classic Physique Olympia, it genuinely seemed as if he was going to be able to hold on to it for several years to come. That all changed of course, once Bumstead came into his own, snatching the throne from his rival. While it was a controversial decision in the minds of many, other look at this as a sign that the judging criteria in Classic Physique is shifting into a system that does not favor someone with the type of physique that Breon has.

Apparently this has Been Ansley giving some consideration to the idea of a fresh start in the 212 division. Taking recently to his Instagram, the former Olympia champ gave a bit of a physique update, showing just how jacked he is looking right now. In addition to that update, he also hinted at the idea of potentially trying his hand at a new division.

Naturally this remark sparked a lot of discussion among the fans of Ansley in the comments of the post, with people speculating if 212 is the future of this athlete. However there was a particularly special exchange that occured, when Chris Bumstead jumped in, where he accused Breon of trying to run away from him. This led to a response from Ansley, as the two rivals began going back and forth.

“Don’t go running away from me in classic just yet 😉,” Bumstead said.

Obviously this exchange was far from aggressive or demeaning, but it is just a continuation of the growing beef between these two amazing athletes. Things started with Chris throwing some shade at Ansley over the way he has handled things since his loss. However, just a few weeks prior to this back and forth, Breon went after Bumstead a little bit, suggesting that his physique was lacking in some big ways.

Without a doubt, the rivalry between Breon Ansley and Chris Bumstead is one of the most interesting storylines heading into the 2020 Mr. Olympia. It will be fascinating to see if Breon can do enough to take back his crown. However, if he does not succeed in doing so, one can’t help but expect him to make the move to 212 next.