Brian Shaw will get one more shot at glory as he aims to level the record for the most World's Strongest Man titles by clinching his fifth. 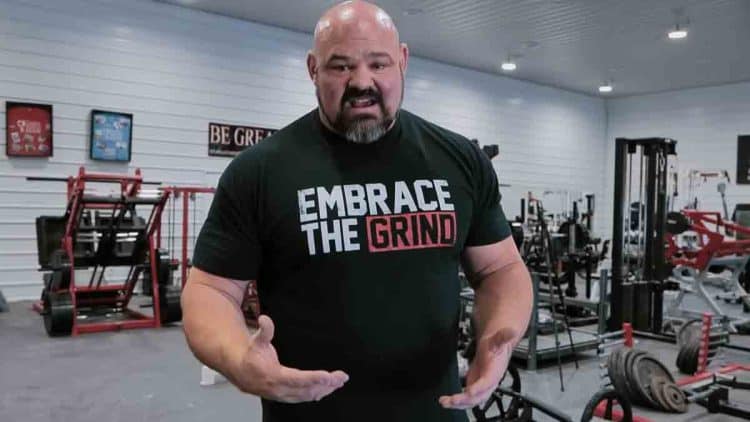 Brian Shaw, the towering 6’8″ giant from Colorado, has made a name for himself in the world of strength sports as a four-time winner of the World’s Strongest Man (WSM) competition. He has dominated the event for over a decade, consistently placing in the top three since his debut, and taking home the title in 2011, 2013, 2015, and 2016. However, Shaw recently announced that 2023 will be his final appearance at the WSM competition, marking the end of an era in the sport of strongman.

For Shaw, the pursuit of a fifth WSM title has been a long-standing goal, as he would become only the second man in history to achieve such a feat, equaling the record set by Mariusz Pudzianowski. Although Shaw has been a dominant force in the sport for many years, he has yet to reach this milestone, coming close on several occasions but falling short. Following the announcement of his final WSM appearance, Brian Shaw will have one last chance to claim the elusive fifth title and cement his place in the annals of strongman history.

Brian Shaw has made the announcement on his YouTube channel just before going into an extremely hard training session for the 2023 World’s Strongest Man. Shaw states that he will give his absolute best in the upcoming few months and is looking forward to the future.

Shaw didn’t really feel that his performance in 2022 was satisfactory, but given that he was going through some difficult circumstances, this was understandable. He experienced a death of a relative, as well as built a new gym, shortly before the World’s Strongest Man contest.
Shaw, however, believes that he will be able to perform better this year since everything has been put into place.

“My body feels great, and mentally, I think this year I can be in a much better spot because the move is done, the gym is done, many things are falling into place and I can focus a lot better on what I need to accomplish with this contest.

Seeing that Brian Shaw has specifically stated that he is not going to compete in the WSM anymore, it’s still possible that he will continue taking part in some other events. His own competition, the Shaw Classic, is likely one of, if not the only, competition that he might appear in. At the moment, he is only thinking about the 2023 WSM.

“We got a lot of work left, a lot of weeks… I can’t wait to keep putting the work in and building the package this year for World’s Strongest Man. It’s going to be special.”

Brian Shaw has had one of the most impressive Strongman careers in history, having taken part in 66 International and National competitions, and won 28 of them. He has also made 15 WSM appearances, reaching the finals on 14 occasions.

Shaw’s decision to retire from the WSM competition will certainly have a significant impact on the future of the sport. His success and dominance as a strongman have inspired a generation of young athletes to chase their dream of becoming the strongest man in the world.

Shaw is not the only athlete who intends to retire from WSM in 2023. Robert Oberst, another “Strongest Men in History” star, also announced that it would be his last appearance in the competition. With their retirements, new athletes will have opportunities to break records and make history.