Due to some form of injury, Brian Shaw has revealed that Big Z will not compete at his upcoming Shaw Classic 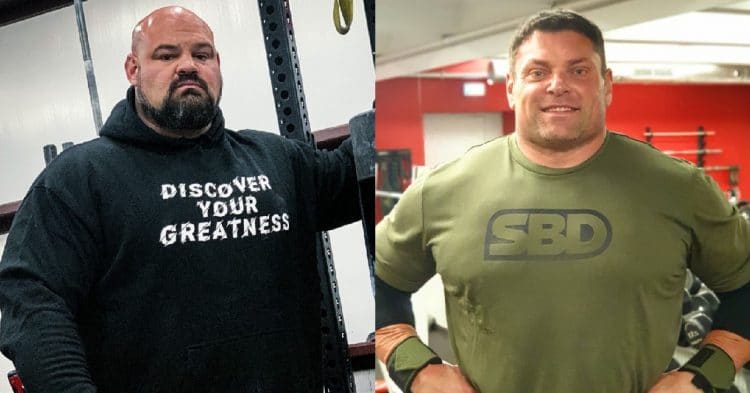 Fans were blown away by the stacked lineup of athletes competing at the inaugural Shaw Classic. Unfortunately, according to Brian Shaw himself, it seems that this contest will be missing one of the biggest names.

There is certainly a lot of intrigue around the strongman competition that Shaw is cultivating. It is unclear if this will be a one-off competition or something that he does on a regular basis, but Brian wanted to find a way to give back to the sport. He recognized the difficulties that most of these athletes have faced in 2020, with most contests being canceled this year, so he decided to post a $25,000 prize of his own money. This has attracted a ton of big names on the roster, ranging from Robert Oberst to JF Caron, and Jerry Pritchett to name a few.

One of the biggest names that Brian Shaw had been able to secure was the legendary strongman Big Z, Zydrunas Savickas. Unfortunately Brian revealed in a recent video to his YouTube that Big Z will no longer be competing at the contest. Apparently some sort of injury that Brian did not feel it appropriate to get into has forced Zydrunas to make the decision to not compete.

“Zydrunas Savickas this week messaged me this week and said ‘Hey Brian, I’m having some pain, I’ve got an issue going on,’ and I’ll obviously leave it to him to get into that,” Shaw explained. “But he went to the doctor and his doctor basically said that he shouldn’t be competing. So unfortunately he has had to pull out of the contest. It makes me really sad, I was really looking forward to having Zydrunas over.

“His replacement in the contest will actually be Kevin Faires,” Shaw continued. “Kevin took seventh place at World’s Strongest Man this year, did a great job in that contest, and I’m excited to have him. I reached out, he stepped up to the plate right away.”

The current and updated list of athletes competing at the Shaw Classic, according to Brian, are as follows:

Having Big Z out of the Shaw Classic is obviously a big blow, but the rest of the competition seems fierce. There is also solace in the fact that Brian also revealed that the commentary team for the contest will be made up of Todd Harris and Magnus Ver Magnusson. All in all, there is still a lot to be excited about, when things go down on December 12th.