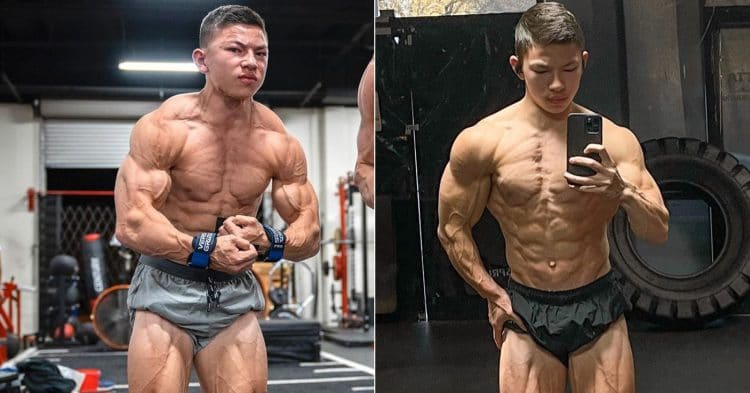 The bodybuilding debut of Tristyn Lee is one of the most anticipated things in the strength sports world today. With 15 Weeks to go until he finally makes the walk, he shows an update on his physique and it is awe inspiring.

There has been a lot of fascination with Lee since he first began to make waves in the fitness world. At a young age, he brought an insane physique from the start, leaving many to label him as a true prospect in bodybuilding. Sure, he does not have the most massive physique yet, but he has a crazy shape and conditioning that he seems to always carry with him. As for the bulking up, this is something he has been working on by training alongside some of the biggest names in strength sports.

At just 18 years old, there is no rush for Tristyn Lee to make his bodybuilding debut. Yet that does nothing to satiate the people who have been begging him to step on the stage and put his insane athleticism to the test. Now it seems that he will finally be making that long awaited debut. According to a physique update to his Instagram Stories, he is looking to prepare for a contest that is in 15 weeks. Although he does not give the name of the event, he shows off how his prep is coming and he is looking simply tremendous.

While the angle is not the best, it is easy to see that Lee is absolutely shredded here. The striations along his pecs are unreal. He accompanied this update with another one that gives a better view of all the lines in his chest.

The legs of Tristyn Lee are also coming along quite well and look impressive. As previously stated it is unclear when and where he will compete or what division he is participating in. However it seems that he has been working hard to bulk up while keeping his physique balanced. Looking at these updates, it is clear that he has pulled out all stops when it comes to adding mass, and the results are evident.

The bodybuilding debut of Tristyn Lee is a long time coming and has many people buzzing with anticipation. It will be exciting to see how he looks when he steps on stage. Moreover, it is also going to be interesting to hear the specifics of his debut, and where he will compete.

Improve Your Triceps Strength With The JM press