The 2020 World's Strongest Man will be streaming throughout December; here is how you can watch all the action 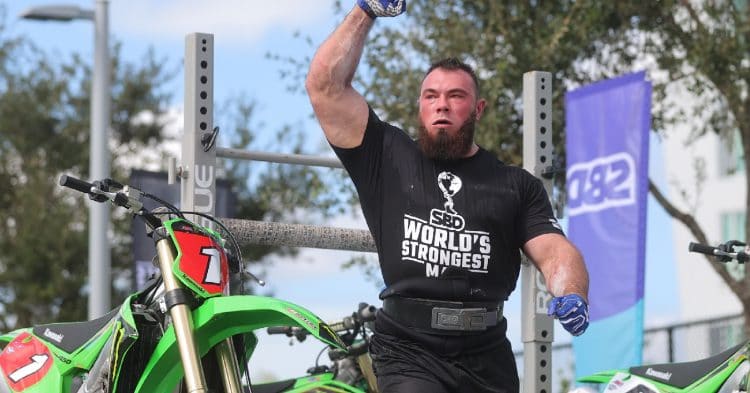 The action from the 2020 World’s Strongest Man is making its way to television screens this month. Here is a complete guide to watching the strongman action all December long.

For all of its faults and difficulties, the 2020 WSM was a crazy affair, and one that is most definitely deserving of a watch. The best strongman athletes in the world came out to Bradenton, Florida to compete, surviving hurricanes and global pandemics in an attempt to be crowned the strongest man alive. All things considered, it was one of the most memorable years in the competition’s history.

How To Watch The 2020 World’s Strongest Man

As is the case for the World’s Strongest Man, the contest gets prerecorded before it airs on television. So although the contest aired last month, and fans were able to get event recaps from the Facebook Live exclusive stream, the full contest results have yet to be seen. However that will all change soon, as CBS Sports Network will be airing the entirety of the event in five different episodes throughout the month of December, starting on Friday the 4th, with the Finals being aired on December 26th.

There was a bit of an uphill climb for the athletes competing at the 2020 World’s Strongest Man, simply due to the state of things in the world currently. Then as if that were not enough, when the athletes first arrived in Florida, the contest was delayed by weather concerns. The competition was missing some big familiar names, ranging from Hafthor Bjornsson, to Martins Licis not competing for one reason or another. There was also a handful of injuries sustained throughout the contest, with the following four athletes pulling out of various stages of the event.

That being said, there were a significant amount of incredible performances at the WSM as well. Without a doubt, the biggest standout performer was easily Oleksii Novikov, who won the contest and became tied for the youngest to ever do so. Not only that, but he set a world record for his 18-inch deadlift along the way, cementing his status as one of the best in the world.

Even if you already know the results of the 2020 World’s Strongest Man, it is still worth it to watch these athletes compete. While it made things clear that a new generation of athletes is upon us, each event across the four days still provides some gripping action.