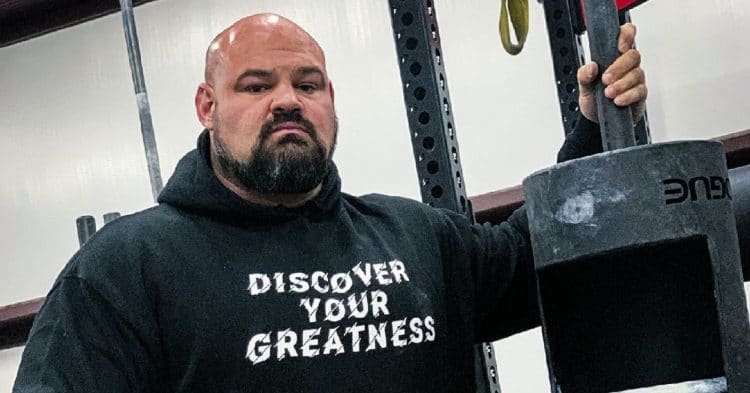 Since the global pandemic shut down strongman contests, the World’s Ultimate Strongman stepped in to offer another form of competition. This is something that Brian Shaw does not agree with, and actually feels like it has been detrimental to the sport.

Shaw first discussed this matter when the first Feats of Strength event took place, which saw Hafthor Bjornsson break the deadlift world record, with a 501kg pull. It was an event that WUS put in place to allow athletes who were originally expecting to compete, but were unable to do so after the start of the pandemic, an opportunity to still achieve the goals they had been working towards. This has seen people like Thor and many others be successful in various events, and they have even gone on to construct a second season, which is currently underway.

From the start, Brian Shaw has made it clear that he did not agree with these records. He understands that situations are complicated right now, and that these guys would have competed anyway, but he also feels that records set outside of competition should not count. This was something he doubled down on recently, when he did a Q&A for his YouTube channel. A fan asked him if he would ever participate in one of these episodes of Feats of Strength, and he did not keep his feelings on the matter hidden.

“To answer your question, no. Simply no I will not be doing any at-home records,” Shaw said. “When this all started, actually before it all started I made a video about these at-home records and why I personally didn’t feel like they were a good direction for the sport of strongman and I firmly 100% stand by that statement. My view on that has not changed at all, and I don’t think it’s been good for the sport at all. I’m looking forward to contests getting back underway here, with the World’s Strongest Man and the Shaw Classic coming up. So I’m really excited about those, but as far as the at-home records or the Feats of Strength or whatever they’re calling that, I will not be partaking in that, for sure.”

Although Brian Shaw makes a good point, there is a point to be made that the Feats of Strength has done a good job at pushing strongman further into the mainstream. These events are aired on ESPN, which is a massive platform for the sport. Of course it is not the most ideal situation, and we are all going to be happier when competitions get back to a regular schedule, but it is hard to say that this has been particular harmful for the sport.

The Best Exercises To Bring Up Your Teardrop Quad Muscle

How To Do The Cat Stretch Exercise Guide and Videos