Despite preparing for only four weeks, Brianny Terry was able to achieve great success in her competition. 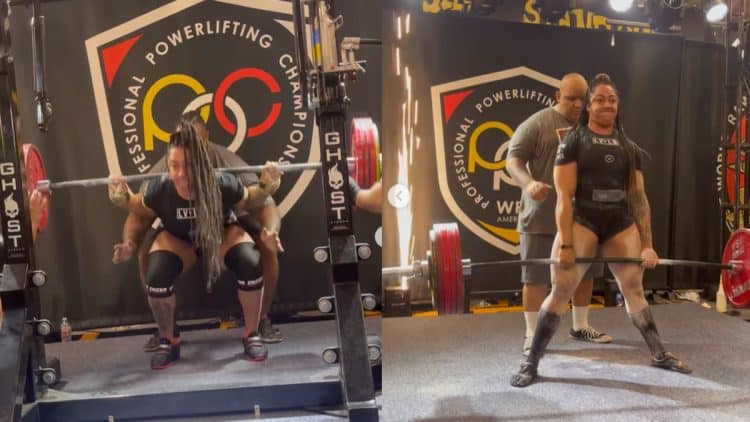 Following the 2022 Ghost Clash, American Pro, and the Clash On The Colombia competitions, the 2022 WRPF Series has come to an end. So, the 2022 WRPF PPC (Professional Powerlifting Championship) Finals took place on December 4th, at the South Bay Strength Company in Los Angeles, California. One of the athletes that got an invite was a multiple World Record holder, Brianny Terry.

Although Brianny Terry made a name for herself as an athlete in the 75-kilogram weight class, she is now establishing herself as one of the best athletes in the 82.5 kilogram weight class. She was not able to break any world records this time, but Brianny did score new squat, deadlift and total Competition PRs.

Brianny Terry’s most notable lift from the 2022 WRPF PPC Finals was her 275-kilogram (606.3-pound) raw deadlift. This was the heaviest female deadlift of the entire competition, regardless of the weight class.

This was Brianny Terry’s first time competing professionally this year and, according to her, she came in with only four weeks of preparation for this competition.

“Today was the most fun I’ve ever had at a meet and I’m very proud of my performance for only “prepping” and hopping into this meet less than 4 weeks out.”

Brianny Terry weighed in at 80.4 kilograms (177.3 pounds) for the 2022 WRPF PPC Finals and had a perfect meet, having successfully completed all nine of her attempts. Her performance earned her a prize of $2,500 as well.

Brianny Terry began competing in 2017, and the 2022 WRPF PPC Finals now marked her tenth competition milestone. Out of those ten, Brianny has managed to get seven victories in the weight classes she competed in. A few of those victories came at some of the world’s prestigious meets, with the wins at the 2021 WRPF Hybrid Showdown III and 2021 Bucked Up Showdown being amongst them.

The reason why Brianny Terry did not compete in powerlifting this year prior to the 2022 WRPF PPC Finals is because she decided to venture out into the sport of bodybuilding. She even took part in some bodybuilding shows, having won the True Novice, Class A, and Overall divisions at the 2022 NPC Dallas Championships.
Brianny has not yet indicated whether she plans to prepare for powerlifting or bodybuilding in the future.