Brianny Terry has been working hard in silence, which she proved with a massive new rep deadlift PR. 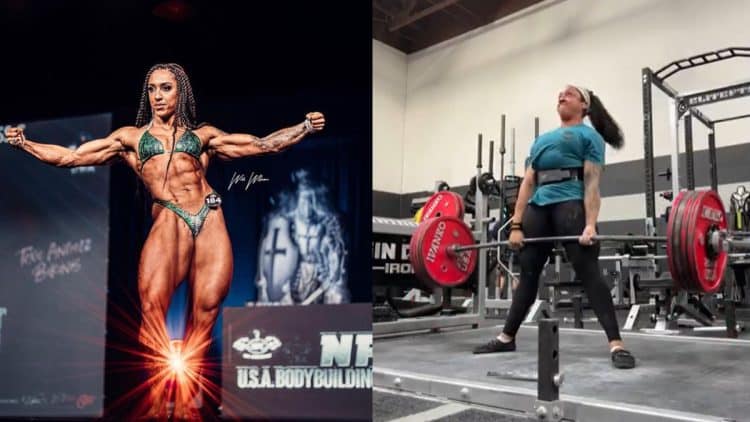 Brianny Terry has spent years establishing herself as one of the greatest powerlifters of modern times, but she suddenly stopped competing at the end of last year. After that, Brianny has devoted much of her time to bodybuilding. As such, she did not have the chance to improve her strength too much. However, it seems that Brianny is now committed to powerlifting once again, as she recently landed a new 501-pound (227.2-kilogram) deadlift six-rep PR.

Having wrapped up her first bodybuilding season, Brianny Terry is now seemingly preparing for a powerlifting competition. Due to the fact that the deadlift is her strongest event, she quickly made some progress, which resulted in a new “Lifetime PR” of six reps with 501 pounds (227.5 kilograms). In addition, Brianny only used a lifting belt, so her new PR is raw by powerlifting standards. Brianny’s technique consisted of a sumo stance and a mixed grip. Brianny’s bodyweight at the time of this lift was unknown, but she mostly competes in the 75-kilogram weight class.

In terms of deadlift prowess, Brianny Terry held the All-Time World Record in the 75-kilogram weight class for quite some time, but the legendary Kristy Hawkins broke it three months ago with a 277.5-kilogram (611.8-pound) pull at the 2022 WRPF American Pro. Brianny is obviously not willing to let it go like it’s nothing, as she now seems to be preparing to get the record back in her possession.

Brianny Terry started doing powerlifting professionally in 2017, and has taken part in nine competitions since. Six of those nine saw her win and stand atop the podium. However, her last appearance was in September 2021.

Brianny Terry also started her bodybuilding career in a very successful manner, having won the True Novice, Class A, and Overall divisions at the 2022 NPC Dallas Championships.

Related: Kristy Hawkins, Brianny Terry Have Epic Back And Forth For New Deadlift Record

While her new deadlift six rep PR of 501 pounds (227.2 kilograms) could indicate that Terry has a number of plans for her future in powerlifting, she has not specifically confirmed anything. She has also hinted towards competing in bodybuilding again, so Brianny could become one of the rare athletes to dominate both sports.

Heart Shaped Butt: How To Grow and Maintain a Perfect Bum