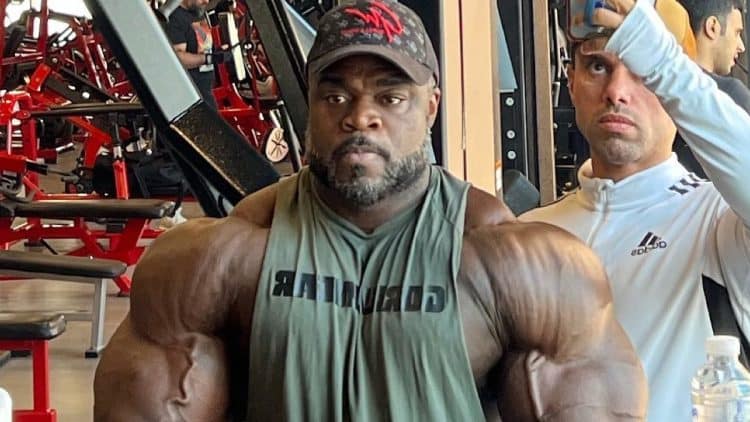 Brandon Curry, who won the Mr. Olympia title back in 2019, is on a mission for redemption at this year’s installment of the event. On Fouad Abiad’s Real Bodybuilding Podcast, Curry’s coach, Abdullah Alotaibi, gave his predictions for 2022 Olympia and discussed the game plan for defeating Mamdouh ‘Big Ramy’ Elssbiay.

“Everything this year will change. Classic Physique, and Men’s Physique, and 212, and the Open will see a new champion,” says Alotaibi.

Curry is eager to become a two-time champion on the Olympia stage and has remained quiet for most of the season. In 2020 and 2021, he finished runner-up to Big Ramy for two years in a row at Mr. Olympia. Despite the unfavorable outcome last December, Curry elected to stay busy by taking his talents to the 2022 Arnold Classic. He was ultimately pushed by William Bonac, but the judges favored the shape and aesthetics of Curry’s package in the end.

The IFBB’s Men’s Open division welcomed a pair of new contenders recently. In March, Andrew Jacked earned his pro card and leveraged that momentum to win two pro shows at the 2022 Texas Pro and Arnold Classic UK. In addition to Jacked, Michal Krizo managed to switch to the NPC, earn his pro card, and win the EVLS Prague Pro to stamp his ticket to this year’s Olympia contest.

Brandon Curry will have plenty of challengers vying to take him out of title contention. However, his coach, Abdullah Alotaibi, is confident Curry will win a second Mr. Olympia title in just a few days. Given the stacked lineup in the Open class, he joined Fouad Abiad to discuss his picks and plan for slaying the reigning two-time champion.

During the video with Fouad, Alotaibi offered his top five for Mr. Olympia.

“[Brandon first]. William Bonac [in second]. Look you have three guys fighting for number three. You have Ramy, you have Hadi [Choopan], [and] you have Nick Walker.”

Given the weight Walker has lost recently, Alotaibi is concerned about his chances at 2022 Olympia. He also specified that bodybuilders who come in shredded during prejudging will be too flat by the finals.

“Listen if you seen Nick Walker, he’s dropped [weight] and looks small. I have no idea why he would do this. He makes me worried. Then again, if Hadi doesn’t come with improved size, not condition, size — if he comes in with size I would switch Hadi with Ramy [in third]. I saw Nick, he was 300 pounds, and now he’s 255 I don’t know what happened.”

“Not everybody can come in full or dry but if you want to make fullness round, this is not everybody. The show is night, not 12 in the morning. The night is different. The guys who come in shredded early, who will go flat from refeeding. This is bodybuilding.”

Alotaibi on Defeating Big Ramy: ‘He’s Not Hard to Beat, When You Have Too Much Muscle You Get Watery’

According to Alotaibi, Big Ramy isn’t hard to beat, and thought Brandon Curry defeated him at last year’s Olympia despite the results.

“Too much people talk about how Ramy is hard to beat, no way. I respect Ramy. Congrats for him but still, he’s not hard to beat. Ramy, last year Brandon beat him. Everybody told me. I shook hands with Lee Haney. Lee Haney told me there’s no way that Ramy beat Brandon, but this is what it is. It’s bodybuilding.”

“I respect all judges but Ramy last year, I would have given him second. I told you face to face. He has kidneys like everybody. When you have too much muscle you get watery. Look, Ramy lost his forearms, he lost shoulder fullness, he lost back, and now he lost his quads. I have question, why Ramy don’t post his legs, why only his upper [body]? It’s because his legs are [much] worse.”

Before ending the discussion, Alotaibi said Curry is coming with significant improvements to his legs.

“If you saw a picture [of Brandon Curry] his legs have improved, no? You see how sharp they are coming [along] like biceps,” says Alotaibi. “I told Brandon last year, I stood outside with him for two hours before the show. I told him, ‘Brandon, this is your time.'”

While Alotaibi is confident in Curry’s potential this year, the reigning champ Big Ramy has shown no signs of slowing down. He ended the off-season at a massive 337 pounds. Speaking with seven-time Mr. Olympia Phil Heath about his prep and stage weight, Ramy confirmed he will be around 295 pounds at the contest.

Curry revealed his weight is currently ‘above’ 260 pounds. Unlike Alotaibi’s assessment, Brandon predicted that Big Ramy will slide into second place at Olympia this year. Brandon Curry and his team believe they have what it takes to become the only athlete behind Jay Cutler to win a title that was lost at Olympia.

RELATED: Big Ramy Highly Confident About 2022 Mr. Olympia: “No One Can Beat Me”