Earlier this month Brooke Wells announced a switch in coaching plans, and now it's official. She'll be training with Tia-Clair Toomey's coach and husband Shane Orr. 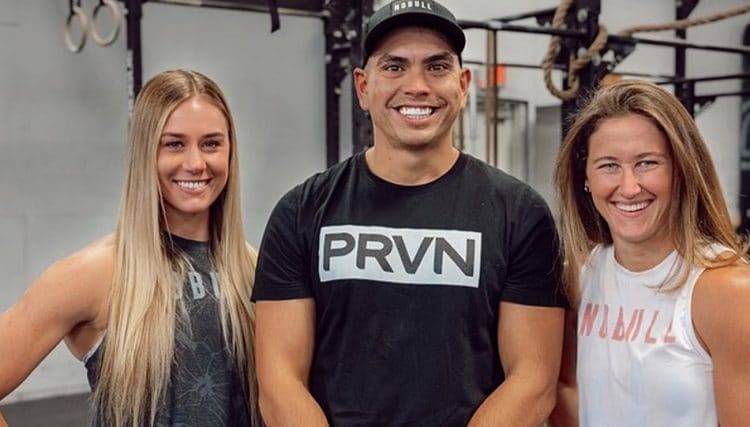 It was just a week ago when 2020 CrossFit Games finalist Brooke Wells left the CrossFit community hanging with a teaser of a coaching switch. Today she has gone public with the announcement that her new coach will be none other than four-time Fittest Woman on Earth winner Tia-Clair Toomey.

Brooke Wells was one of just five women to make it to the finalist’s section of the 2020 Reebok CrossFit Games Finals. She showed her gymnastics and handstand prowess during the games and finished in fifth place.

Brooke has been competing at the CrossFit Games since she was nineteen, and this was her personal best in the Games. Getting to the Finals almost didn’t happen, after she placed eleventh overall in the 2020 CrossFit Open.

But happen it did.

At the time, Wells was being coached by Ben Bergeron, owner of CrossFit New England.

Now, Brooke is taking her training into the gym where the Fittest on Earth train. Brooke joins Tia-Clair Toomey as a CrossFit athlete being coached by Shane Orr. He knows how to get it done, and has taken his wife Tia-Clair Toomey to the first place podium for four years in a row now.

Today, Brooke Wells posted the official notification to her Instagram account. With palpable excitement, she said she was so excited to announce she was joining the PVRN Fitness team to train with Shane Orr ahead of next year’s competition.

Elites From the CrossFit Community Respond

She received some fun feedback from elite athletes in the CrossFit community.

Tia-Clair Toomey said, “That’s so exciting. I’m so happy for you”!!

And Brooke also got a proud nod from former coach Ben Bergeron, saying her to, “Go get it, Brooke!”

Shane Orr is the husband and coach of reigning champ Tia-Clair Toomey. He provides training for PRVN Fitness, a program that coaches athletes about the mindset of the Games, and the importance of recovery in an intense sport.

He’s also the one responsible for introducing the sport of CrossFit to his wife Tia-Clair, and Shane Orr has been her coach since she first competed in 2015.

His record for Tia-Clair includes two second-place finishes and four consecutive wins. It’s no surprise anyone would want to coach with someone whose roster is always winning.

Her placements are as follows:

With this coaching switch and a CrossFit career with some incredible strides, it’s very possible we’ll see Brooke Wells on the podium next year.