Tia-Clair Toomey Talks Fittest Woman on Earth® Win from 2020 Reebok CrossFit Games, And What Challenges She Overcame To Be Victorious 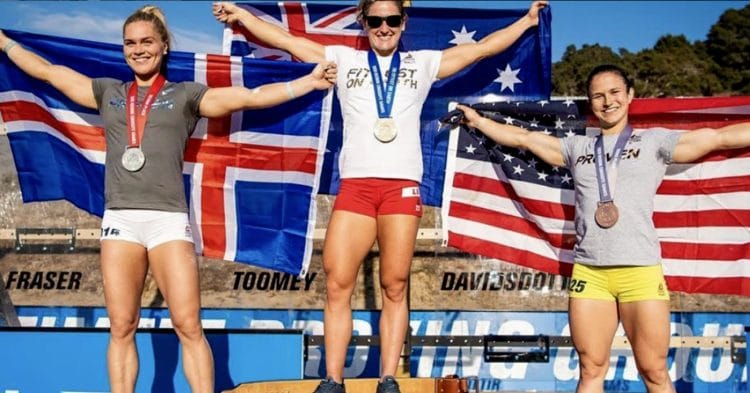 One week after finishing the 2020 Reebok CrossFit Games, the Fittest Woman on Earth® winner Tia-Clair Toomey took to YouTube to talk to her supporters about the experience. She is on a road trip with her husband Shane Orr, and the fun energy between them is palpable.

As her lead coach and trainer, Shane Orr had nothing but wonderful things to say about the experience, and Tia-Clair did as well. She gushed about the experience and gave her supporters some behind the scenes look at what the 2020 Reebok CrossFit Games were all about.

Tia-Clair Toomey and Shane Orr on the Road

The video opens with a workout of Tia-Clair, and you can see the competitive energy on her face, as she competes with herself in a private workout that she shares on the video. We then see a look inside their road trip bus and find out more about what it was like to be a 2020 Reebok CrossFit Games athlete.

Tia-Clair Toomey opens up by saying they are still on a road trip, and they’ve had a week to look at the games and review all that was going on.

“For me, the games were awesome. Every year they just deliver so many awesome experiences and great memories.

I got to know the athletes a little bit more, because there was only a small group of us. And we also did a lot together. We were constantly together in a very tight warmup area. We were also commuting from the hotel, to the different venues that we were competing at…”

Tia-Clair Toomey and Shane Orr also discussed the impact the pandemic has had on the Games this year. This now four-time Fittest Woman on Earth® winner liked being able to interact with the small group of athletes more, noting that usually “you don’t really interact with the other athletes unless you are on the competition floor. So I really liked that about this year.”

Two down, one day to go! #PRVN

“Considering we may not have even had the games this year, I think they did a really great job of making the event as safe as possible. I thought that was a very cool experience,” she said.

Her husband Shane Orr agreed, saying that they were often slightly joking about the notion that Covid-19 was the sixth athlete on the playing field this year.

He said there were two tests they were required to do, and the Covid-19 fear just seemed to be everywhere.

“Every interaction we had with people we were just very conscious, but we didn’t want to give off a negative vibe.”

The Fittest Woman on Earth® liked that the athletes had a tight warm-up section, with each athlete having a designated lane, six feet apart. They each had their own equipment, rower, pull-up bar and bikes.

They also had to wear masks all the time.

Tia’s favorite thing from the games was the bike workout with the rope climb, and she also enjoyed the total bar lunge workout.

She liked how through that experience they got to see a little bit more behind the scenes of how they come up with workouts.

Husband Shane Orr liked watching the sprint event. But he also said that his favorite event was Event 1, and he also really liked the swim workout.

Tia-Clair Toomey and Shane Orr want to know what your favorite event was as well, whether you are a coach, athlete, or admirer of the sport. They are looking for new perspectives as they look ahead to their own training in the future.

Overall, they both found the games very emotional, and a wonderful opportunity to put all of our hard work to the test. They got a bit “tear-jerky” at times, but also called it a “fairy-tale ending.”

Coming off a record-breaking sixth win at the 2022 NOBULL CrossFit Games, the reigning champion Tia-Clair Toomey is set to...